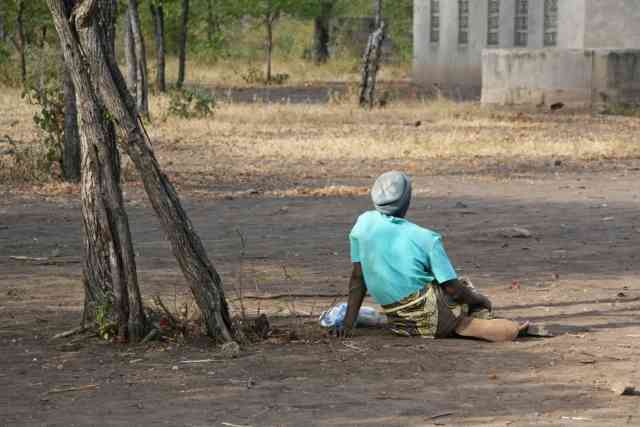 ZIMBABWE has been reeling in an economic torpor. The commercial squeeze experienced in the past two decades is brutal. This has, unfortunately, plunged over seven million people into extreme poverty, according to official data.

The government has battled to contain economic pressure, scoring successes and failures.

As Zimbabwe heads for polls next year, Zanu PF will up the ante on its socialist-populist drive. But populism has not solved the economy even during the late Robert Mugabe’s shambolic rule. Mugabe was a master at this. Prior to the 2013 elections, his administration ordered councils to write-off ratepayers’ debts. The results were calamitous. Councils’ operations were crippled. Mugabe, in typical Machiavelli style, was only interested in political support.

Now, the ‘Second Republic’ has been preaching good news; that development on infrastructure, economic stability and projects implementation are a success.

But on the contrary, the living standards don't seem to match the positive message from the corridors of power. What is obtaining is that the rich are getting richer while the poor remain stuck.

Fresh data contained in the 2022 FinsScope Consumer Survey made startling revelations. Poverty is on the rise. In fact, the increase in poverty levels has shuttered records in close to 10 years.

It’s a sad state of affairs.

The consumer survey document says 73% of the population earn less than US$100 per month compared to 65% in 2014. With high rentals, skyrocketing food prices and school fees, one wonders how almost three quarters of the 15 million population make ends meet.

If 61% of the population is, sometimes, forced to skip meals, according to the report, then authorities should lose sleep over economic headwinds choking Zimbabwe. Yesterday, Finance and Economic Development Minister Mthuli Ncube vowed to tame inflation. He told parliamentarians during his 2023 budget presentation. But it’s not the first time Ncube has made this pledge. The worrying trend is that he keeps failing to achieve the targets. Even monetary authorities at the Reserve Bank seem clueless about how to permanently arrest pricing headaches. Sadly, the poor will continue suffering. There are no social safety nets to hedge against an economy in a tailspin.

The consumer survey attributed the rising poverty levels to a sustained recession in 2019 and 2020, with gross domestic product (GDP) estimated to have shrunk by -6,14% and -5,28%, respectively, on the back of climatic shocks and other exogenous shocks such as Cyclone Idai, and the Civid-19 pandemic.

Despite all the suffering, Zimbabwe, once Africa’s jewel has rich mineral, human and agricultural resources. However, years of plunder, hyperinflation and polarised politics have caused a dent. Implementing public policy consistently, taming grand corruption and re-engaging the international community in good faith can attract fresh capital through foreign direct investment (FDI). The currency problem remains. Thusfar, the Zimbabwe dollar lost 30% of its value in the first quarter of 2022. Consequently, workers’ buying power has been eroded. Of the 73% earning less than US$100 per month, they cannot afford to buy basic goods.

This is corroborated by data from the Confederation of Zimbabwe Retailers (CZR), which says traffic into supermarkets has plummeted by a staggering 40%. The CZR noted that demand had dropped by 33%, underpinned by currency depreciation mostly during the first half of 2022.

As the festive season draws close, many workers have nothing to cheer. The struggle to make ends meet continues!