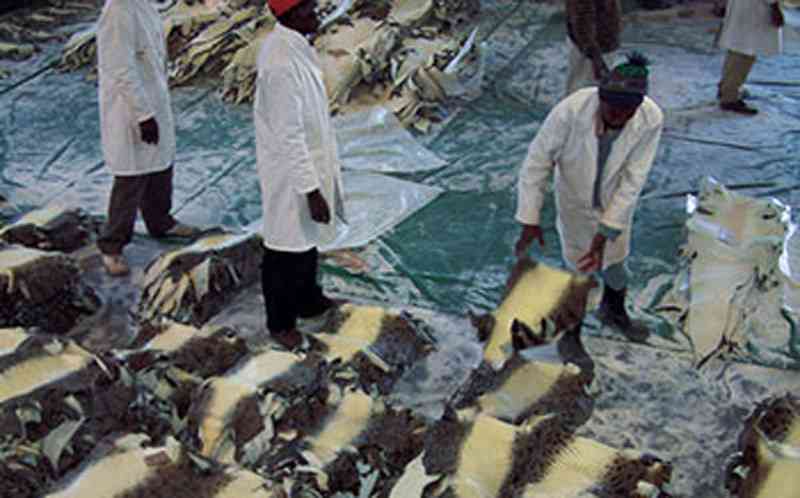 GOLD output at the Victoria Falls Stock Exchange listed outfit, Padenga Holdings Limited increased by 195% during the quarter to September, after throughput from Eureka mine started coming through, the firm said this week.

Padenga, which also produces crocodiles and trade skins on the international markets, said it produced 1 480kg of gold during the review period, up from 501kg recorded in the previous year.

Eureka was commissioned about a year ago after Pedenga invested US$50 million to restart the operation through its subsidiary, Dallaglio.

In a trading update, Pedenga chairperson Thembinkosi Sibanda said the resumption of operations at the Guruve based Eureka had a positive impact to the group’s gold operation.

“Gold sales volumes for the nine months to September 2022 increased by 195% to 1480kgs from 501kgs in the comparative period,” Sibanda said.

He said Eureka produced less gold last year, but it was improving.

“The significant increase was mainly attributable to the minimal contribution from  Eureka gold mine in prior year, having only started commercial production in September 2021,”  Sibanda said.

However, the Padenga boss said production at Pickstone, another gold mine near Kadoma, had been affected by flooding during 2020/2021 rainy season.

Gold production is expected to maintain an upward trajectory in the coming year.

Last week, the Chamber of Mines of Zimbabwe said output will increase to 42 100kg next year, from 38 200 projected this year.

Analysis of survey data from the report shows that average capacity utilisation for the mining industry is expected at 84% in 2023 up from 81% in 2022.

Positive output growth is expected across all key minerals.

The majority of respondent mining executives (about 37%) are planning to increase production by between 5% and 10%.

Survey findings showed that the mining executives’ profitability prospects for 2023 were subdued compared to those recorded for 2022.

In its report this week, Padenga reported that it had halted meat exports to the European Union (EU) after the bloc tightened screws.

The EU presides over a US$16,6 trillion gross domestic product, which represents about a sixth of the global economy, making it a lucrative destination for premium products including croc skin products and meat processed out of Padenga’s operation on the banks of Lake Kariba in Zimbabwe.

But EU markets maintain a tight regime of regulations such as prescribing requirements of the preparation of crocodiles, their bodies, crocodile meat, organs and other parts.

The regulations also lays out requirements for companies dealing with products coming from crocodiles and technical conditions of the construction, layout and equipment of factories and other facilities.

In regulatory filings to the Victoria Falls Stock Exchange where it trades its stock, Padenga said it had begun moves to secure special dispensations giving it fresh access to the EU.