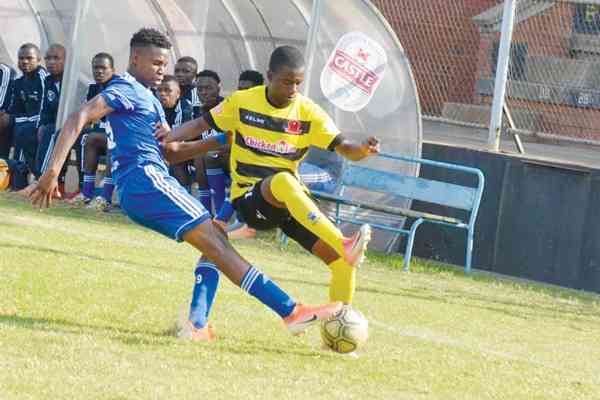 WITH FC Platinum coasting towards their fourth successive Castle Lager Premier Soccer League title, Dynamos and Chicken Inn appear condemned to a fight for scraps in second and third positions on the log.

DeMbare lost to Ngezi Platinum Stars on Sunday and consequently coach Tonderai Ndiraya threw in the towel admitting that the title is now out of their reach as they trail FC Platinum by 11 points.

The league’s pass masters have remained unbeaten in the last 16 matches and lead the standings with 61 points, 10 ahead of closest rivals Chicken Inn with only six matches left before the end of the season.

The GameCocks, who took second place with 51 points after overcoming WhaWha on Saturday, can only finish the season on 69 points if they win all their remaining six matches, while third-placed Dynamos will be a point behind if they also win the remaining matches of the campaign.

FC Platinum though have what appears on paper unkind fixtures as they travel to Highlanders next, before facing off Herentals and then Caps United.

If they can pass those tests, as is highly likely, they will bag the title again, which will equal Dynamos’ record between 2011 and 2014.

Mapeza has demanded ruthlessness from his players as they march into the last six games of the season.

“These are the six games of our lives. Games are difficult right now, but we have to be at our best,” he said.

“What is important at this point is to remain united because these are the six games of our lives for now. We have to maintain this good run. We have to keep shape. We have to remain at our best. I’m concentrating on future games. My eyes are on the Highlanders game next weekend.”

Dynamos coach Tonderai Ndiraya, who had been hoping to push the race right to the wire  until their defeat by Ngezi Platinum on Sunday, said they will keep pushing for a better finish.

“Is it still possible? It is no longer in our hands, 11 points behind with six games to go, it is difficult. But we have to reorganise ourselves and keep pushing and see where we end the season at,” he said.

Dynamos though will be praying fervently for FC Platinum to lose, especially the next three matches, which appear difficult tasks as they seek to gatecrash back into contention.

The Glamour Boys look to have relatively easier fixtures for the next three games as they travel to Mutare at the weekend to face Manica Diamonds and then host WhaWha before making the trip to Bulawayo for an encounter with Bulawayo City.

Second-placed Chicken Inn travel to Bulawayo City at the weekend and then host Highlanders and then travel to Harare for a date with Herentals.