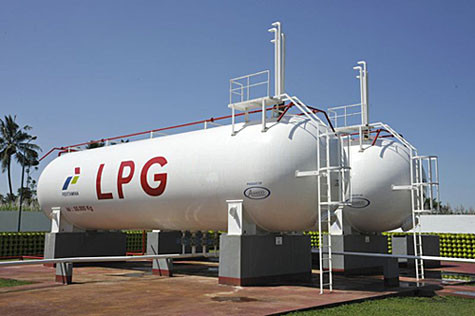 THERE is a new twist to the saga involving Netherlands Liquid Petroleum Gas (LPG) equipment manufacturing giant Euro LPG BV, which lost millions of United States dollars to a consortium of local businesspeople.

This botched investment project was exposed in a hard-hitting letter written to President Emmerson Mnangagwa by Euro LPG BV director Omar Abdallah, detailing how his firm lost a fortune in a failed ambitious gas deal.

Abdallah, a Netherlands-based investor in the energy sector, wrote to Mnangagwa on November 11 2022, raising fraud allegations against his (former) local partner, Francis Chitanda and his company Intercontinental Energy (InterGas).

According to documents seen by the Independent, Euro LPG BV entered into a joint venture with InterGas to form  Integrated Gas Distribution Infrastructure (Pvt) Ltd (IGDI) in 2019. The Dutch investor alleges that despite Euro LPG BV having invested various capital LPG equipment into the JV, including modular LPG storage and filling stations, LPG storage tanks and LPG road tanker transport equipment, the business had not seen any profits since inception.

Between 2019 and 2021, according to the investor, InterGas continued to utilise IGDI company assets without providing returns to the JV or the main investor.

Abdallah said he was forced to take over the management of the JV in the last quarter of 2021 only to discover that half of the IGDI assets were disposed of allegedly by Chitanda.

This triggered the fight which saw Chitanda being reported to the Police. In return, Chitanda and his associates allegedly seized the Dutch investor’s assets through the Sheriff of the High Court.

The Dutch investor is, however, failing to locate the equipment.

“Whereupon, after reading documents filed of record and hearing counsel. It is ordered that: Terms of the final order sought. The writ of delivery issued on September 30, 2022, under HCHC 209/22 is hereby set aside. The first respondent be and is hereby ordered to return to the first applicant all the equipment delivered to it by the third respondent in terms of the Writ of Delivery under HCHC209/22. The application for stay of Execution of the Order obtained under HCHC209/22 be and is hereby granted.

“Pending the determination of an applicant for Rescission under HCHC 413/22, the execution of a Writ of Delivery issued out on September 30, 2022, under HCHC 209/22 be and is hereby stayed.

“The third respondent is and is hereby ordered to return to the first applicant all the equipment taken from it and delivered to the first respondent in terms of the notice of seizure and attachment issued on October 28, 2022, under HCHC 209/22 pending the hearing of the application for rescission,” Justice Ndhlovu ordered.

Abdallah told the Independent that the Sheriff has not been able to release the equipment despite having been paid the court fees to do so.

“Not only was the seizure warrant obtained unlawfully and without due process in favour of these people. After having won a court  order for the sheriff to return our equipment, they are now saying they forgot where the equipment is located,” he said.

“They even went as far as misleading us about the location of another gas company in Graniteside.

When contacted for comment recently, Chitanda said he was not free to discuss matters pending in court. Judicial Service Commission (JSC) spokesperson Daniel Nemukuyu said he was gathering facts over the matter.

“Let me look into the matter and get back to you,” Nemukuyu said.

However, he did not comment by the time of going to print. Deputy Sherriff Brian Mudimu expressed ignorance of the matter.

Regional industrialists invade Zim market for USD
Confederation of Zimbabwe Industries (CZI) had warned that the new power cuts trend was going to be catastrophic to industry.
Local News
By Rugare Mubika
Jan. 27, 2023

Local smelters increase chrome prices
Chrome miners had been appealing to the government to extend its deadline on the export of raw chrome fines after the fines were exempted from the previous ban on chrome exports.
Local News
By Tinashe Makichi
Jan. 27, 2023