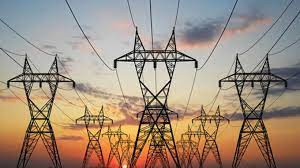 THE Chamber of Mines of Zimbabwe (CoMZ) this week said a 24% hike in power tariffs was unsustainable.

“The key sectors inhibiting growth of the mining sector that requires urgent government intervention are related to the increased cost of doing business,” Chibafa told businessdigest.

“The Chamber of Mines members constitute more than 90% of exporting mines and are gravely concerned about the recent increase in electricity tariffs. The 24% average increase in tariffs is unaffordable and unsustainable and threatens the viability of most mineral producers.

“Electricity cost is a major component of the mining cost structure and mining companies will not be able to pass on this cost increase as the price of their output is determined on international markets. Exporters are price takers,” he added.

The CoMZ boss said there was substantial risk that most mineral producers would default on payment of their electricity bills resulting in curtailment of electricity supply and loss of production.

The loss of production and inevitable suspension of some operations would result in reduced foreign currency generation by the mining industry, he warned.

“This will inevitably or adversely affect future electricity imports as a result of limited foreign exchange in the economy. The new condition forcing exporters to pay the highest tariff wholly in foreign currency is unfair,” Chibafa said.

“Local companies that generate USD revenues only surrender 20% of their foreign currency revenues. Such companies, despite having an 80% retention level compared to 60% for mining exporters, are benefiting from a lower tariff of USc10,63/kWh.”

Chibafa said the chamber was engaging the government to ensure that the mining sector was treated fairly in order to equitably share the burden of funding the requirements of the power utility through tariffs.

He said most mining companies were experiencing load shedding daily.

“We estimate that the country is losing at least 25% to 30% of mineral output as a result of daily load shedding being experienced,” he said.

Chibafa said the royalty rates for platinum at 7% and diamonds at 10% weighs down the viability of platinum group metal and diamond producers as well as discouraging capital inflows into these sectors.

The chamber continues to engage the government in securing lower royalty rates, he said.

Chibafa said the mining sector was forecast to contribute 83% of total exports in 2022.

“Despite this, exporters retain 60% in USD in an environment that is rapidly dollarising as evidenced by the Zimbabwe Electricity Distribution Company requirement for exporters to pay their bills entirely in USD.

“Inadequate forex retention threatens the viability of the sector and as a sector we continue to lobby for increased retention,” he said.