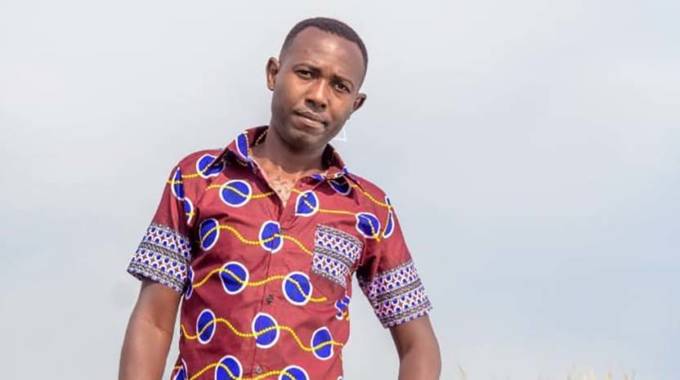 For the artists, it plays a very critical role in the exportation of the depth of the cultural diversity of Zimbabwe.  The mother tongue has thus become diluted, but concepts of languages have to be passed from generation to generation.

We live in a world where the effects of globalisation have taken precedence, and in the process have contributed to cultural erosion.

This is a true effect of how our times have changed and the world has become re-arranged. One would also find out that many artists, especially those from Africa, are aligning with the times and adopting the concepts of the globalisation of culture, which is good.

But I have a question? Why are artists perpetuating cultural erosion in a quest to align with the times? Many people in my locale, which is Zimbabwe, are now fusing English with our mother tongues such as Tonga, Nambya, Shona or Ndebele in their songs. This is an interesting aspect which has become a very serious commonality.

For the artists, it plays a very critical role in the exportation of the depth of the cultural diversity of Zimbabwe.  The mother tongue has thus become diluted, but concepts of languages have to be passed from generation to generation.

As a Marist Brothers High School (Dete) alumnus, I learnt about the diversity of society as I came across people representative of every ethnic grouping in Zimbabwe.

It was a small, but very diverse community.  I reminisce how a critical rule at the school was the use of English only as the language of communication, which by virtue of the school being cultural plural was meant for the centrality of communication.

This was good and I guess it enhanced my English proficiency skills too, but in secret many spoke in their mother tongues such as Nyanja, Tonga, Nambya, Dombe, Ndebele and Shona.  It was from there that my linguistic epiphany occurred.

My friend Norbert Shamiso Ncube from the class of 2007 is one of the people who taught me aspects of the languages though not fluently, but the aspects of intonation and basic communicative devices for everyday use.

From this it is important that artists must draw from their past present and futuristic experiences to influence the depth of lingual variance in music. Art has to highlight the message of exporting the deeper way of life of a culture, and language is one central element that artists, especially musicians and writers have to focus on.

Researchers also have the challenge of putting the research papers in their mother tongue so as to cater for a wider audience and in the process, facilitate more information synergies.

I get to learn of the diversity of the society as my grandmother is of Mozambican heritage where Xope/Chopi and Shangaan culture was, or is still central in the process of my socialisation with regard to speaking the language. These are languages that my grandparents passed on me.  Although I am very eloquent in the English language, I consider it very deep and touching to converse in a unique mother tongue.

In this recourse, most of my music also encapsulates the use of my mother tongue which remains a critical factor in the passing on of traditions and cultures from generation to generation. This is coupled with how we also embrace Ndebele, Shona and many other languages through realisation of the diverse community we live in with people from different cultures. In music, poetry and use of folklore it remains imperative for the artist to embrace the originality of their culture which gives a sense of deeper value to the artistic works.

In Zimbabwe there is one challenge caused by… I suppose ignorance among the vast expanse of the populace, especially among the artists. This is the ignorance of being one sided and limiting oneself when it comes to the learning of the local languages.  Many artists are comfortable speaking or singing in one language basing the supremacy on concepts of nonexistent cultural dominance of one tribe or race over the other.

An important factor is to exorcise the culture of linguistic ignorance as in many cases it is tantamount to nothing as the audience of the artist remains limited. One has to be proud of their mother language, but in the process also embrace the plurality of cultures which is existent globally.  The artist has a role of expressing the deeper plurality of the cultures.

The musicians and different artists in Zimbabwe and the world have a challenge to be diverse in their composition, and for Zimbabwean artists, to include the 16 local languages as stipulated in the constitution, and to export the vast expanse of different cultures found in Zimbabwe. The cultural sector is now hungry for the fusion of cultures which is the solution to the prevalence of sustainable artistic development which will stimulate the creativity and uniqueness of the artistic product.

An original artistic product is something that is enmeshed in understanding one’s true background and embracing the precepts of their identity.

The borrowing of plagiarised cultures thus contributes and weakens the essence of the exportability of the Zimbabwean arts sector.  There is the need to be more culturally pluralistic.