Inside sport: The right way to do it 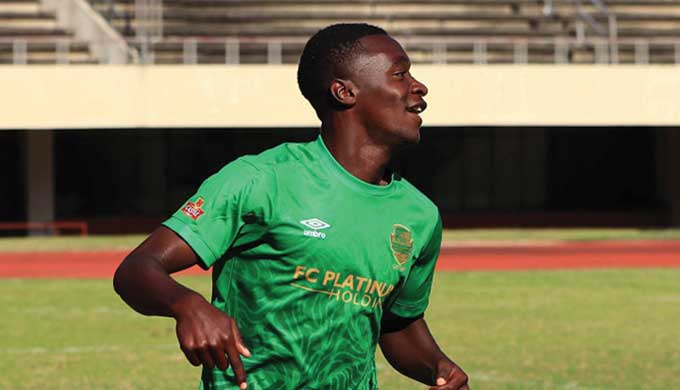 A host of top Premier Soccer League teams among them FC Platinum, Herentals, Ngezi Platinum Stars, Highlanders, and Harare City, have come up with Under 19 and 20 junior teams which are turning on the style in Division One and are making football followers happy week-in and week-out.

BY MICHAEL KARIATI THERE is an exciting development taking place in the Central, Northern, and Southern Region Division One leagues which Zifa should take full advantage of and turn national.

A host of top Premier Soccer League teams among them FC Platinum, Herentals, Ngezi Platinum Stars, Highlanders, and Harare City, have come up with Under 19 and 20 junior teams which are turning on the style in Division One and are making football followers happy week-in and week-out.

Laden with talent, these youth teams have climbed up the ladder from the lower ranks of Zimbabwean football up to Division One and are now challenging for promotion into the Premiership.

In fact, one of them, Herentals Under 20 are firmly at the top of the highly competitive Ruyamuro Northern Region Division One table with 54 points, one ahead of second placed Simba Bhora with 24 matches gone and only eight games remaining.

Should things remain the same, the real or true Students would be playing Premiership football come the year 2023 and for that matter capable of challenging FC Platinum’s dominance of the Zimbabwean game.

On top of playing competitive Division One football, the junior teams have also become a talent feeder to their sister Premiership teams, some of whom have now abandoned the system of spending huge amounts of money on the transfer market to acquire old age players.

The results have been there for everyone to see especially in the case of FC Platinum who — after a poor start — are leading the Castle Lager Premier Soccer League standings by eight points over Dynamos.

The Zvishavane based side offloaded their old guards among them Rodwell Chinyengetere, Silas Songani, Donald Dzingai, Kelvin Madzongwe, and Ralph Kawondera in favour of a youth brigade from their Under 19 side and the gap between them and the rest of the PSL pack is telling.

Oscar Bhebhe, Peace Chivhunduko, Thubelihle Ngwenya have all come through the ranks from the Under 19 side up to the senior Kugona Kunenge Kudada but it is Thandolowenkosi Ngwenya who has become the star of the show, and a Zimbabwe superstar in the making.

Lively and skilful, the 19 year-old has been the leading light in this newly found talent and has in the 23 games played so far in the Castle Lager Premier Soccer League grabbed eight goals, five behind overall leading top scorer, William Manhondo of Caps United.

The route FC Platinum and others have taken is refreshing considering the fact that over the past few years Zimbabwean clubs have been recycling the same old age players, some of whom are still being relied upon today even at the age of over 35 years – Obadiah Tarumbwa and Ralf Matema are examples.

In fact, Caps United might not have turned into what others have described as an ‘Old People’s Home’ had they had an Under 20 team and also not hacked to pieces the successful old junior development programme that produced the likes of Morgan Nkatazo, Cheche Billiart, Silver Chigwenje, Never Chiku, Oscar Motsi, Edwin Farai, and Karim Abdul, amongst others.

Sadly, the Green Machine are now going for the likes of Emmanuel Mandiranga, Rodwell Chinyengetere, Kelvin Bulaji, and Joel Ngodzo who have been offloaded by others on the basis that their style of play was no longer of this football generation.

In fact, the new route guarantees a continued inflow of fresh talent into the Zimbabwean game and Zifa should take full advantage of the foundation laid down by the clubs to expand the project even further.

The advice would be for the national football controlling body to make it mandatory for all PSL clubs to have Under 20 teams who will then play in a league whose fixtures would be curtain raisers to main PSL matches. The fact that these junior teams are playing competitive football in the regions is because they have nowhere else to play against those of their ages as junior football no longer exists in Zimbabwe, a situation that needs change.

For example, the PSL league match between Tenax and Black Rhinos should be preceded by a game involving the Under 20s of the two sides, something that could even help in attracting football fans back to stadiums.

Some might see this as being ambitious if not being over ambitious but nobody wins the lotto without playing it and this project could even attract sponsors most of whom are always attracted to new inventions.

This could also turn out to be the starting point for bigger things ahead for Zimbabwe junior football, which in the past was spread in all the four parts of the country, starting from the Under 15s going up to the Under 17 and eventually the Under 20s, and well supported by companies like Manica Freight.

The roots for the return of junior football are there but it is now up to Zifa to see to it that the game expands from what has already been laid down.