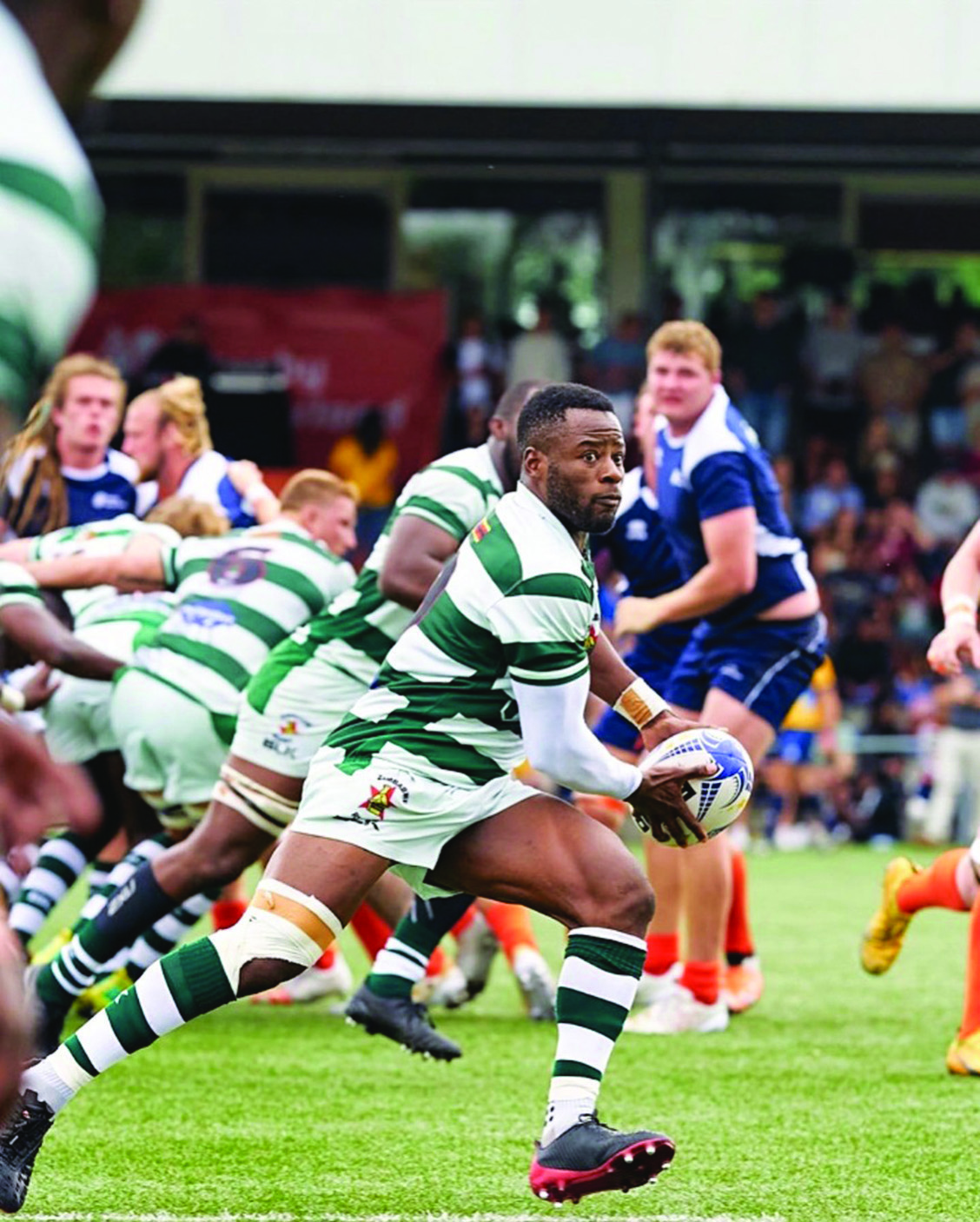 The Sables, who have not won a Test match against Namibia since 2001, lost 34-19 to the Namibians in the semi-finals of the Africa Cup, which is doubling as the qualifying tournament for the 2023 World Cup finals.

DANIEL NHAKANISO SABLES captain Hilton Mudariki says Wednesday night’s Rugby Africa Cup semi-final heartbreaking defeat against Namibia which ended their hopes of qualifying for next year’s Rugby World Cup was a bitter pill to swallow, but said his charges would be aiming to finish on a high during the third place playoff match against Algeria on Sunday.

The Sables, who have not won a Test match against Namibia since 2001, lost 34-19 to the Namibians in the semi-finals of the Africa Cup, which is doubling as the qualifying tournament for the 2023 World Cup finals.

The Namibians, who have been to every World Cup since 1999, now meet Kenya in the final on Sunday with the winner qualifying for the global tournament while the losing finalist will have another opportunity to qualify via the playoffs.

For the Sables, it is yet another disappointing campaign, which has begun with so much promise after the team had the best preparations by any Zimbabwean rugby side in history ahead of the qualifiers.

“We are disappointed with the result. Obviously, we came into the game for a win. We knew it was a do or die game. Unfortunately, it didn’t go our way,” Mudariki said.

“The Namibians are a quality side and credit must go to them for taking the game in the end. It was a tough pill to swallow but we need to regroup and pick ourselves up and prepare for Algeria.”

Despite failing to reach their ultimate objective to qualify for their first World Cup since 1991, Mudariki said it was important for the Sables to finish the competition on a high.

The Sables are scheduled to meet a vastly improved Algerian outfit in the third place playoff game which will serve as the curtain raiser to the 2022 Rugby Africa Cup final between Kenya and Namibia on Sunday.

“We definitely want to finish the tournament on a high; we want to make sure that we sign off well. It has been a successful tour, a couple of wins on the road. Unfortunately we couldn’t get the big one that we needed,” Mudariki said.

The Sables will reflect on what could have been as they managed to match the Namibians but were outsmarted in key moments of the game.

However, Namibia sized back the initiative with a try on the stroke of halftime to take a 14-5 lead at the break.

The Sables started the second half slowly and were punished as Namibia stretched their advantage with a second-half penalty try after a lineout driving maul for a 21-5 lead.

Flyhalf Cliven Loubser also slotted home a penalty before replacement flank Kelvin Kanenungo crashed over in the corner for a try which Mudariki converted as the Sables reduced Namibia’s lead to 24-12.

However, Namibia broke away with JC Greyling scoring off a grabber kick to stretch his team’s lead to 29-12 before Wian Conradie scored another unconverted try which appeared to seal Zimbabwe’s fate.

After Loubser’s yellow card, the Sables got another try from replacement hooker Liam Larkan but Namibia had already done enough to qualify for Sunday’s final.