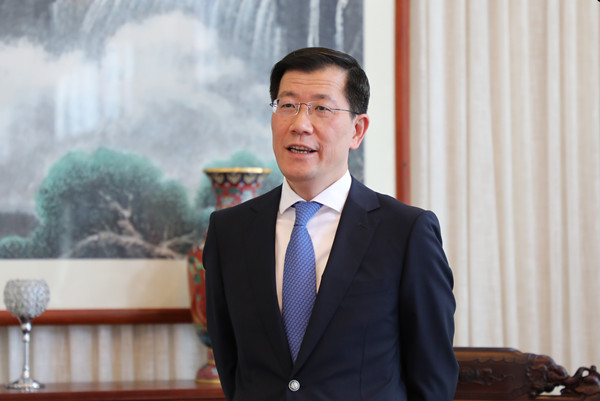 JULIA NDLELA CHINESE ambassador to Zimbabwe, Guo Shaochun, has called for the establishment of a compliance team composed of government officials, local councillors and community representatives to monitor activities of foreign companies, including firms from his country.

There are also allegations that some Chinese companies are issuing receipts in their language instead of English while others are accused of not depositing their foreign currency earnings in banks while evading tax payments.

“We support Zimbabwe in strengthening its regulatory framework and law enforcement. We call for a compliance monitoring team composed of government officials, local councillors and community representatives to be set up in foreign-invested companies,” he said.

“If anyone finds the possible wrongdoings of Chinese companies in Zimbabwe, he or she is welcome to file official complaints to the relevant Zimbabwean authorities, but we suggest such complaints consist of necessary basic elements such as who, when, what and where.”

Guo added: “I cannot acknowledge your assertions since all the businesses in Zimbabwe are being operated in line with Zimbabwean law. The Chinese embassy is not a law-enforcement agency. We suggest the media interview the Zimbabwean authorities to get the true and comprehensive information”.

He said Chinese companies have been investing and growing with Zimbabwe for years, while creating thousands of jobs and increasing tax revenues and foreign currency inflows.

The ambassador said firms caught wanting should be held accountable, as China did not support companies that flouted the country’s rules and regulations.

“All wrongdoings should be held accountable. If investment projects are found to be problematic, we support the necessary legal response,” he said.

“Recently, we supported the Chinese company Freestones in cancelling their lease agreement for quarry mining. This is an immature programme launched as a result of poor due diligence by more than one party. The Chinese company involved is a victim of wrong decisions.”

“I would like to reiterate that the embassy supports Zimbabwean authorities to establish supervision teams in charge of foreign companies,” Guo said.

Sometime last month, CIWE contract workers went on strike due to late payment of May salaries, according to a presentation by Lands, Agriculture, Fisheries, Water and Rural Development ministry chief director Tinayeshe Mutazu, during a recent tour of the giant dam by the Parliamentary Portfolio Committee on Budget, Finance and Economic Development.

“Zimra garnished CIWE accounts on June 13 2022, for the fourth time in 2022. The revenue authority is citing tax compliance issues and is demanding VAT (value-added tax) payment soon after submission of an IPC (interim payment certificate) to the employer,” he said.