Middle-income economy by 2030 just pie in the sky 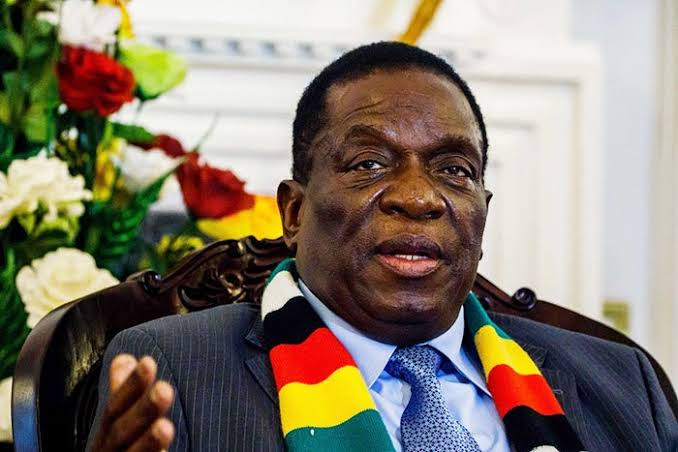 THERE has been little progress in as far as the turnaround of the economy is concerned since President Emmerson Mnangagwa took to the helm in 2017 as punitive measures and policy inconsistency take a toll.

Mnangagwa came into power in November 2017 after a coup forced the late Robert Mugabe to resign as the country’s president amid widespread national euphoria and expectation that the country’s economy, which had been in the doldrums for more than two decades, would turn the corner.

The expectation was further heightened when Mnangagwa declared that he would create “jobs, jobs, jobs”.

However, since that dramatic moment five years ago, the excitement and expectation of an economic recovery has dissipated as the headwinds have mounted characterised by a foreign currency shortage, currency volatility, a debilitating liquidity crunch, frequent power outages and three-digit inflation, which stood at 268,8% for the month of October.

Despite the bold promise by Mnangagwa of creating jobs, the official statistics paint a totally different picture. A total of 314 304 jobs were lost during the fourth quarter of last year, according to national statistical body, Zimstat.

The Zimbabwe National Chamber of Commerce (ZNCC) chief executive officer, Christopher Mugaga revealed at the Employers’ Confederation of Zimbabwe (Emcoz) congress held in September this year that one in 15 people has a formal job compared to one in six in 1980, a reflection of the haemorrhaging of jobs perpetuated under the Mnangagwa’s administration.

Several policies have been put in place by Mnangagwa’s government, which has been dubbed the Second Republic, that have plunged the country into a deepening economic crisis and increasing uncertainty.

The decision by government to introduce the Zimbabwean dollar in June 2019 as the sole legal tender and banishing the multi-currency regime without the benchmark to support it, which include low inflation, six months import cover and sustainable gross domestic product (GDP) growth rate of at least 7%, has had disastrous consequences for the country’s fragile economy.

The decision set off high inflation levels, which peaked at 837,53% in July 2020. Government reversed its decision to remove the multi-currency regime less than a year later under the guise of ameliorating the challenges brought about by the advent of the Covid-19 pandemic.

However, this brought about more headaches for government as the local unit rapidly lost value to the greenback, severely eroding incomes. The crisis led to government clamping down on mobile operators and even suspending the Zimbabwe Stock Exchange as well as three counters on the local bourse, namely Seed Co, PPC and Old Mutual in June 2020.

This resulted in the ZSE being labelled the worst performing bourse in the region. While Seed Co listed on the forex denominated Victoria Falls Stock Exchange, the PPC and Old Mutual shares remain in limbo affecting thousands of shareholders and weakening market and investor confidence.

Despite a lull in the chaos on the market spurred by the introduction of the foreign currency auction market by the Reserve Bank of Zimbabwe (RBZ) in 2020 to avail cheap forex to companies to boost production, the failure by the central bank to pay for allocations resulted in market instability with the Zimbabwean dollar losing value on the parallel market. The RBZ announced this year that it had cleared the backlog.

An alarmed government put in further measures in May this year to rein in galloping inflation and currency volatility, which included the suspension of bank lending as well as hiking interest rates to a global high of 200% and a punitive 40% tax on shareholder on traders, who dispose of shares from the ZSE in less than 180 days of acquiring them.

The ZSE chief executive, Justin Bgoni has warned that the punitive tax on the capital markets will have an adverse impact on the country’s capital markets.

The introduction of gold coins as an alternative store of value, the suspension of government contracts for those charging their goods and services at exorbitant rates and the high interest rates have helped to bring relative stability despite uncertainty on how long it will last.

Local economist Victor Bhoroma said: “The economy showed signs of recovery in 2018 due to positive changes on the ease of doing business, but lack of actual reforms, high inflation, over-regulation and currency inconsistency dented confidence. The promise did not lead to any meaningful economic growth”.

Government’s aim to achieve an upper middle-income economy by 2030 will remain a mirage if the uncertainty in the economy continues, according to labour market analyst and former Emcoz executive director John Mufukare.

“Although government has managed to record a budget surplus, this has been affected by a lot of negative macro-economic factors,” he said. “We have gone from bad to worse and government’s objective for an upper middle economy will remain a pie in the sky. “The question remains how long the stability last before things unravels, before we get to Canaan. We can be excused for being sceptical. We need some certainty in the economy.”

Economist Prosper Chitambara said the economy has been hard hit by several factors including climate shocks, Covid-19 and the external shocks as a result of the Russia/Ukraine conflict since the advent of the Second Republic.

“I would say the performance of the economy has been very erratic because of a combination of external and internal factors,” he said. “We have seen instability. Inflation has been chronically high and that has caused uncertainty and weakened investment into the country.”

Chitambara said there have been some positives which include the massive government investment in infrastructure.

He added that there was need for more reforms particularly on Ease of Doing Business.