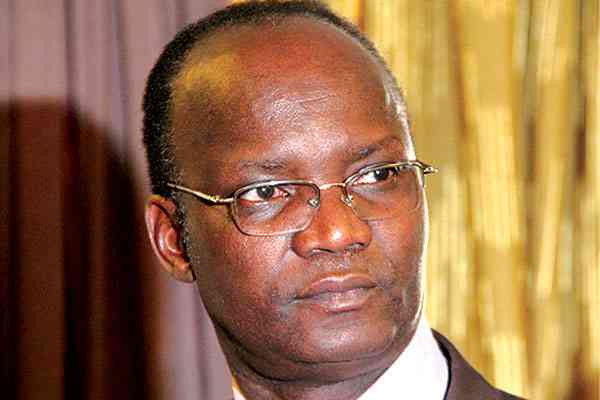 ZIMBABWE’S hugely successful strategy of international re-engagement took another positive turn this week as some officials from the Commonwealth, a club of countries formerly owned by the British, came to the country.

In 2003, our previous owner left that club of colonials after they refused to let us beat up our own people and destroy our economy, as if we were the first ones to do it. Now, our current owner, because of his charm and charisma, is leading the country back into the fold. It is victory after victory on the diplomatic front.

The Commonwealth is in Zimbabwe as a mere formality ahead of our re-admission. One of their requirements for rejoining is the independence of the judiciary, we are told. So, to demonstrate that we don’t tell our judges what to do, we immediately told them to release some noisy people that we have been keeping in our jails for safekeeping. That’s a good way of demonstrating that our courts are free.

At this rate, before long, the Commonwealth will be the one begging Zimbabwe to rejoin the club. Who would not want such decisive leadership among its members?

Elsewhere, some former bootlickers of our former owners have come out this week to grovel and ask for forgiveness for supporting Nelson Chamisa.

In a letter, Jonathan Moyo and Patrick Zhuwao apologised to Zanu PF, saying they had been led astray into supporting Chamisa.

“It is clear for anyone to see that those pushing the #ZanuPFMustGo mantra have no ideological content beyond the hashtag. In our view, the quest to keep or seek power for its own sake is inimical to both the public and national interests,” they said in a three-page letter, the sort of long letter idle people have time to write.

What a combination. Jonathan is known for being consistent and never changing his positions, while Patrick, Robert Mugabe’s nephew, once famously wondered why young people choose to be unemployed, as if they don’t have rich uncles.

It is obvious that if anyone knows about people who lack “ideological content”, it is these two. They have more experience than anyone in that area.

In one of Africa’s worst-run capitals, Harare, there was a big fight this week over a pile of old rubble that used to pass for a stadium.

Sakunda, a company that may or may not be run by one of the owners of the country, said it would no longer go ahead with a proposal to use some of its spare change from lucrative government contracts to rebuild Rufaro Stadium.

“Given the toxicity we have seen in the council’s attitude and lack of political will to implement the project on the part of the council, Sakunda hereby withdraws its participation from the project,” said the company.

In response, Jacob Mafume, the alleged Harare mayor, responded: “We will find other corporates that are willing to give to the city without taking.”

He went on to declare that the City of Harare would always protect its assets from corporate vultures. News that the city has any working assets, or that there is anyone in charge of them, was received with widespread shock and surprise all across this large open-air toilet that we allege is a city. In fact, we had all forgotten there was a stadium in this town.

This week, some of the country’s top of top cops gathered for a meeting, the Senior Officers’ Conference. This is a meeting where they meet to look back at the year and celebrate just how bad they are at their jobs.

At the latest meeting, the chief of police, Godwin Matanga, made a shocking demand from the gathered officers.

It was reported: “The Commissioner-General of Police implored the police to shun corruption and act professionally all the time. He sounded a warning against criminality.”

There was good news for our musicians recently when it was revealed that they could sell albums for as much as US$13 000, a feat that some of the world’s supposed top musicians can only dream of.

Spellbound by the music of Sandra Ndebele, two ministers, Mthuli Ncube and Tino Machakaire, paid US$8 500 and US$13 000, respectively, for Ndebele’s new album last Saturday. They had to do it, lest it runs out on the streets given its obvious popularity.

And then you had malcontents whining about why Sandra had raised US$30 000 for her album launch from selling her album to her friends. Why should there be such noise?

First, do you know that Mthuli came from Switzerland, leaving his riches to save our economy, out of his generosity and patriotism? Only to be questioned for a mere US$8 500? What is that to a top banker who is in demand at Oxford?

In any case, why are these opposition people complaining? Can’t they donate to their own favourite musicians instead of boring us? They boast of having powerful friends with money, but Ricky Fire shouted himself hoarse for 50 lousy dollars at their rallies. How can they even run a country at this rate?

There were wild celebrations in the ranks of the country’s best workers, civil servants, this week. This is according to a report in the Herald, the globally recognised paper of record.

“Civil servants smile all the way to the bank,” the paper reported. This, we were told, was because our public workers had started receiving their bonuses.

Said the Herald: “An ecstatic member of the Zimbabwe National Army, who declined to be named for professional reasons, expressed gratitude to the Second Republic for honouring its promise.”

Part of the bonus, of course, is called the “Presidential” bonus. One can only assume that it is so-named because it must be coming from the President’s vast collection of spare US dollars. What the Herald forgot to mention is the anger in the bank queues as it turned out that the money had been eroded by taxes, and was less than promised.

As the nation reels from shock at the news that a nine-year-old girl has given birth, we are thankful that we have the mother of the nation to console us.

When the First Lady first saw the girl, “she gave her a warm hug and for a while, no words were spoken as the little girl and the mother of the nation embraced each other”, we were told.

“Chief among Amai’s concerns was how the abuse was kept under wraps until the pregnancy was discovered in August this year,” the paper reported.

We are, of course, concerned by teen pregnancies, and keep teenage pregnancies under wraps. That is, of course, unless the perpetrators are those who mobilise votes for us at their shrines.