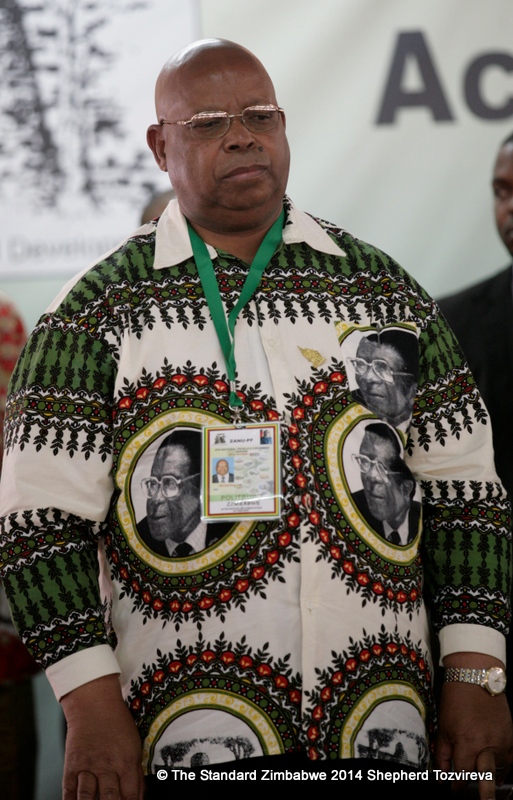 Jacob Mudenda, the speaker of Parliament, yesterday told a pre-budget seminar for legislators in Victoria Falls that the Finance ministry must regularise the expenditure as a matter of urgency.

Parliament has raised concern over unauthorised expenditure by government amounting to $6.8 billion, describing it as an “unacceptable anomaly”.

Auditor-general Mildred Chiri, in reports released in July said the excess expenditure was done in violation of the constitution.

Jacob Mudenda, the speaker of Parliament, yesterday told a pre-budget seminar for legislators in Victoria Falls that the Finance ministry must regularise the expenditure as a matter of urgency.

“This amount constitutes a supplementary budget, which must follow the normal budget approval process by Parliament,” Mudenda said.

“I, therefore, urge the minister of Finance and Economic Development to promptly engage Parliament and regularise this unacceptable fiscal anomaly.

“I further demand strict adherence to the dictates of the constitution, the Finance Act, the Appropriation Act, the Public Finance Management Act and any other legislation that attempt to ensure value for money in the budgetary processes of our country.”

Mudenda said they were also worried  that in his mid-term fiscal review, Finance minister Mthuli Ncube spoke of a $570 million budget surplus for the half-year ending June 2021 when most line ministries and government departments had received allocations far below the 50% threshold of the full-year budget appropriations, including Parliament.

“When Parliament approves the budget, the funds should be disbursed timeously according to the budget votes,” he said.

Mudenda urged MPs to ensure timeous disbursement of the budgeted funds in terms of Section 119 of the constitution.

Ncube, who also addressed the legislators, said dollarisation was not an option for Zimbabwe despite the increasing pressure on the local currency.

“Colleagues, we cannot adopt the United States dollar as our official currency, no,” he said.

“You were there before and what happened was, you had queues in the banks, you couldn’t find cash, you also had the huge currency accounts experience during the mono currency and inflation in this country went high and as a result, we had de-industrialisation.

The value of the Zimbabwe dollar has been falling against major currencies in recent weeks, forcing the government to launch a crackdown against the parallel market.

Ncube insisted that Zimbabwe’s economy was heading in the right direction and predicted that the gross domestic product will grow by 7.8% this year following a good rainfall season, higher international mineral commodity prices and a stable local macroeconomic environment.

“There is a confusion on whether we are in 2008 or 2002 or not, but what is important is that we are implementing monetary policies in a pragmatic approach,” he said.

“Look at what has happened since we introduced our domestic currency.

Zimbabwe re-introduced its domestic currency two years ago after over a decade of dollarisation.

Ncube was also quizzed about the civil servants “paltry” salaries.

“We continue to review the civil servant’s salaries and the allowances and we have continued to do that in the last two years,” he said.

“So we will deal with this matter, but again we cannot allow wages to run away to levels where we can’t even afford them as government,

“We can’t afford a situation where 90% of the budget goes towards salaries and then we have nothing to invest in roads, infrastructure and schools.”

The seminar that began yesterday will end on Tuesday.

Finance And Economic Development
Share this article on social