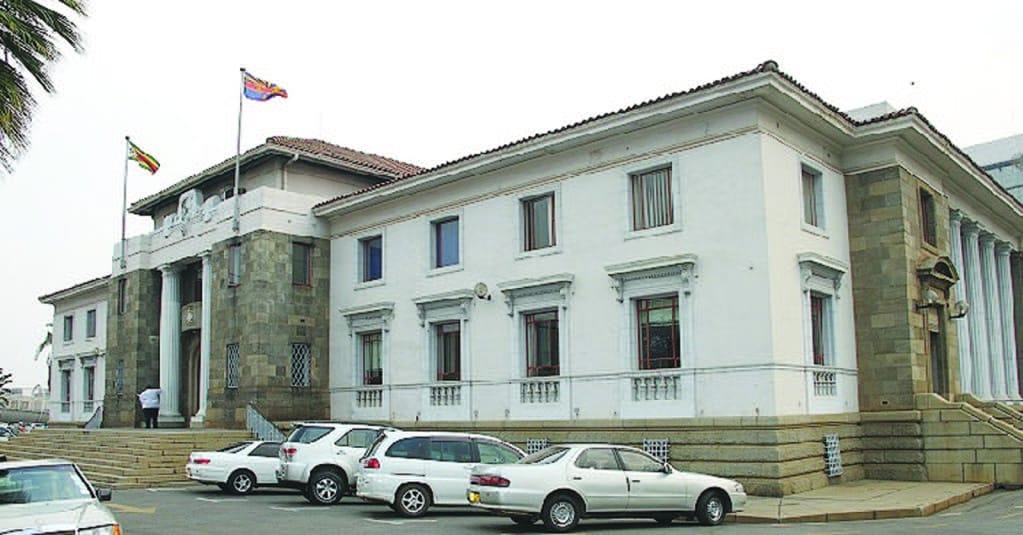 Tongowona was placed on paid leave on June 30 2022 for “unlawfully” possessing a council firearm without authorisation.

JULIA NDLELA SUSPENDED City of Harare security officer Collen Tongowona has alleged his hounding from Town House is a plot to bar him from testifying in a high-profile land corruption case involving top local authority officials, the Zimbabwe Independent has learnt.

Tongowona was placed on paid leave on June 30 2022 for “unlawfully” possessing a council firearm without authorisation.

The letter advising him of temporary placement on leave was written by acting chamber secretary Warren Chiwawa.

The letter indicated that Tongowona obtained a council firearm without permission which was then used by his son.

“Kindly be advised of the City of Harare’s decision to instruct you to proceed on paid leave effective June 30 2022, following allegations that you unlawfully possessed a council firearm from Harare Municipal Police for personal security without authority of the head of department.

“It is then alleged that you exposed the firearm to insecurity and possible abuse when your son gained access to a pistol that was kept together with the council firearm,” Chiwawa wrote in a letter seen by the Independent this week.

However, Tongowona, in a letter addressed to Chiwawa highlighted that the decision taken by City of Harare was meant to “protect the interests” of the acting chamber secretary, alongside other top council officials, including Martin Chimombe, who is the chief traffic officer at the City of Harare.

“This is a case crying for clear, concise and comprehensive representation of facts and events so that whoever wants to make a clear objective decision that addresses the interests of both me and the employer can do so from an informed point of view. The issue needing redress is that l am unjustifiably and illegally being placed on paid leave in a clear case of victimisation, harassment and selective application of discipline to protect the interests of Chimombe, Warren Chiwawa and their handlers,” Tongowona wrote.

In the same letter, Tongowona, who raises a raft of allegations against Chiwawa noted that he was a victim of harassment and intimidation by officials who were under investigation for graft charges.

Primarily, Tongowona queried why Chiwawa was not served with a notice of suspension when he was also under probe for corruption allegations.

“In a clear example of selective application of discipline, the acting chamber secretary has not been suspended or caused Chimombe’s matter to be heard for more than two years but chooses to harass me on allegations that are fabricated.

“When Chimombe was investigated he was never suspended or transferred to pave the way for investigation and disciplinary proceedings,” Tongowona added.

The decision by the City of Harare communicated by Chiwawa, Tongowona claimed, would foil a court case in which Chimombe is accused of unprocedurally leasing council vehicles.

“Chimombe will be able to eliminate both competition for the vacant position of Head Public Safety and potential witness in a case wherein he released several vehicles from the Municipal Safe Compound without the authority of the then head public safety Negion Moyo.

“While Chiwawa knows there is a case involving the irregular processing of the lease of a car sale which involved him and for which when the report reached him, he tore apart the report and demanded that it is submitted without his name as it will be damning to his position as acting chamber secretary,” Tongowona wrote.

Approached for comment, Chimombe said: “Nomatter the circumstances, it doesn’t take away the fact that he has a case to answer. The fact that you are a witness in one case does not mean you cannot be an accused in another case. Therefore, we will leave this issue to the competent people to deal with it.”

City spokesperson Innocent Ruwende told the Independent that the decision to place Tongowona on paid leave was informed by a ministerial directive noting that employees facing criminal charges could resume duty after being cleared by the courts.