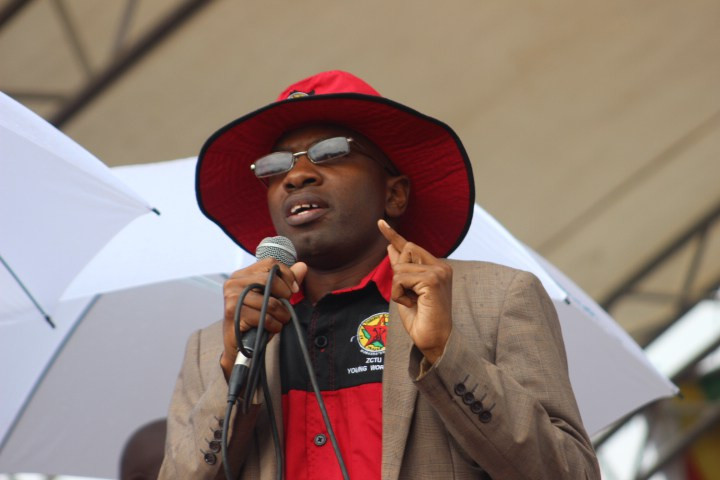 ND: How would you rate Zimbabwe’s human rights record since the coming in of the second republic?

PM: The country has been turned into a banana republic or a mafia state. There are a few gangsters or roving bandits that have taken charge of the country and its resources. The majority are wallowing in poverty while a few elite are living in opulence. Organised criminal gangs fleecing the country dry through corruption and thuggery have captured government business.

As a result and in order for them to continue pillaging the resources of the country, the mafia state has taken away the rights of citizens.

The regime has suspended the Constitution and stripped citizens of any rights. We have seen heightened political violence, abductions, torture and persecution of opposition and civic society activists since the current regime came in through a (November 2017) coup.

We have seen draconian laws such as the PVOs Bill, Amendment of the Constitution, some provisions of both Labour Amendment Bill and Health Services Amendment Bill all seeking to curtail citizens’ freedoms. Cabinet recently approved amendment of the Criminal Codification Act wherein the regime seeks to further curtail freedom of expression and criminalise civic society engagement with the world.

The late former President Robert Mugabe was bad but this government has made him look a lesser dictator.

ND: What are the possible implications of the  country's human rights record on engagement or re-engagement with the international community?

PM: Many were cautiously optimistic when the military grabbed  power in 2017. Not many in the international community thought this government would be worse than the Mugabe government on human rights violations.

However, few months into power, it showed the world that it was nothing better than the one it replaced. The August 1, 2018 fatal shooting of six  civilians by the military showed that we were in trouble.

There is no meaningful re-engagement going on. The world is just tired of the unending Zimbabwean crisis. Some within the international community are also focused on economic gains they can derive from engaging with Zimbabwe. Some understand that Zimbabwe is a pariah state, but think that it may be better to have it within the community and hope to hold it to account. Others are drained by the effectiveness of the Zimbabwean government propaganda at international level.

Many more are now less concerned with what happens in Zimbabwe. They have given up on us. There are, therefore, different approaches towards re engagement with Zimbabwe.

However, I think there is a limit to the tolerance of the world on the human rights violations of the Zanu PF government. It should not believe that it can again kill citizens with impunity.

ND: As we head towards the 2023 elections, there are concerns that the situation on the ground points to a bloody election. Again what are the possible implications of yet another disputed election?

PM: Zanu PF has not hidden its intentions to brutalise those who do not support it as we head towards the elections. We have already seen opposition activists being murdered even at rallies or being abducted or beaten in broad daylight

This is promising to be the worst election in terms of violence and electoral fraud. Clearly the opposition is put between a rock and a hard place. It is difficult to boycott because the regime has coopted pseudo opposition parties who will be ready to legitimize the regime. At the same time the opposition is aware the elections have already been stolen.

These elections will worsen the economic situation of Zimbabwe like in the past. There will be serious contestations of the results and the fairness of the elections. This will drive away real investors, leaving regime allies who have no intentions to invest but only there to reap the easy rents. The country is gripped in social crisis and contested elections will worsen the poverty and deprivation we are grappling with. It is going to be another phase of trouble and sorrow for the majority of the people.

ND: Do you think there is a conducive environment to allow civil society, the media and other stakeholders to contribute towards credible polls in 2023?

PM: The writing is already on the wall. It is clear the military junta believes in coercion and not citizen participation. The PVOs Bill and the Patriot Bill all point out that there is going to be more censorship and shrinking of civic space. The voices of the citizens have been muzzled. Only when citizens come together and build a united front to face the dictatorship will the situation change.

Only a united front of the oppressed can shake the regime and get concessions from it.

As for the media, the regime has been using multiple strategies to weaken and emasculate it. Violence, arrest of journalists and co-optation or capture of media houses will make it extremely difficult for the media to effectively hold the regime to account.

ND: You and other civil society actors have been labelled enemies of the State. How do you react to these allegations and what do they tell about the human rights situation in Zimbabwe?

PM: We are gravely concerned but not surprised. Every dictatorship in history, moreso a military dictatorship blames everyone for its failures. They are taking from Hitler’s rulebook and the colonial regime strategies.

The government knows that civic society is simply exercising constitutional freedoms. However it is aware that it has lost ideological hegemony and cannot stand scrutiny because it is corrupt and incompetent. Its strategy is simply to silence those who are supposed to provide checks and balances.

This reflects badly on the government. This used to be practiced by apartheid and colonial regimes in South Africa and Rhodesia. We all know how it ended. The people shall free themselves