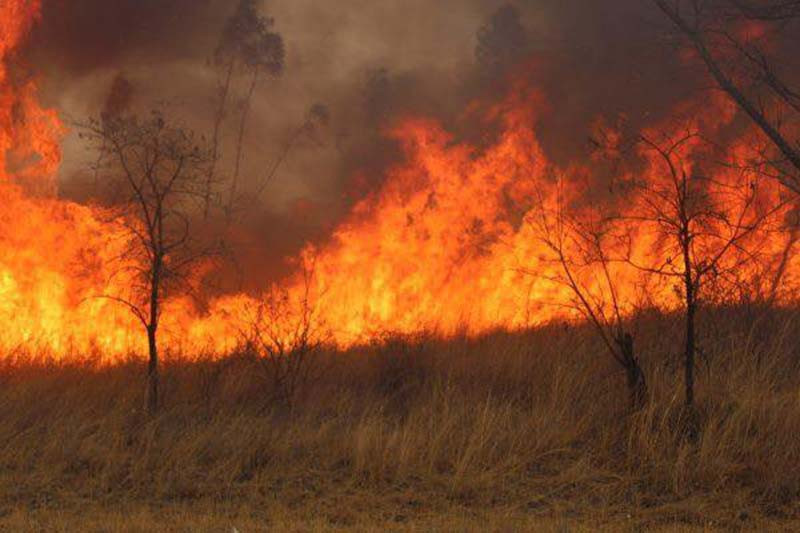 GOVERNMENT has expressed concern over rising cases of veld fires after 10 people perished while trying to extinguish a veld fire at Rodrose Farm in Esigodini, Matabeleland South province on Monday.

“It has been noted with dismay, the prevalence of veld fires across the country. The Civil Protection Unit system has been activated to assist the bereaved families,” Information minister Monica Mutsvangwa said during a post-Cabinet briefing yesterday.

All the victims were male adults and their bodies were taken to United Bulawayo Hospitals for post-mortem.

Witnesses said the 10 were trapped by the veld fire, which started in the morning and was fuelled by strong winds. Some of the deceased were burnt beyond recognition.

“The police are concerned about incidents of veld fires in all parts of the country where lives have been lost and property destroyed in situations which clearly show acts of recklessness, negligence, and in some cases criminal activities. Those found to be igniting veld fires will be arrested without fear or favour,” Nyathi said.

Meanwhile, Mutsvangwa said the 2022 National Population and Housing Census showed that maternal mortality rate was high in rural areas where public health centres face a basket of challenges including shortage of health workers.

The major causes of maternal mortality include failure to access ante-natal services, a type of preventive health care whereby regular check-ups are provided to prevent potential health emergencies throughout the course of pregnancy.