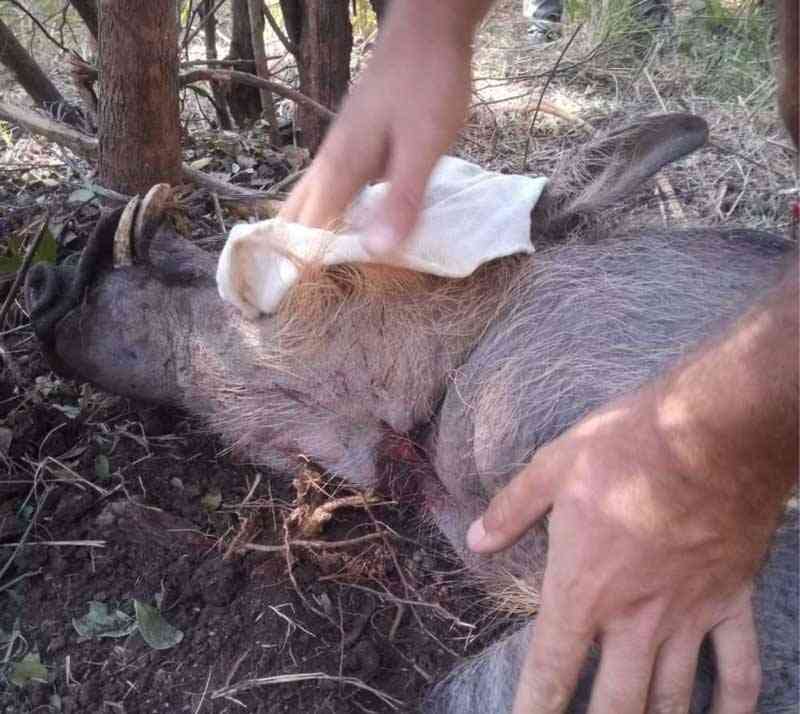 The Victoria Falls Anti-Poaching Unit (VFAPU) said animals such as warthogs that used to roam the city were now hard to come by because they were killed by poachers, who use snares.

“Due to Covid-19 mainly, many of the resident warthogs within the town of Victoria Falls have been poached,” VFAPU said.

“(In April), one of the surviving families (four of them) ventured into the bush by CHOGM (Commonwealth Heads of Government Meeting) park and sadly three of them were snared.

“Thank you to concerned residents of Victoria Falls who had heard the warthogs squealing, for chasing off the poacher, who had already butchered one of the pigs.”

VFAPU said between January and April, it apprehended 59 suspected poachers around Victoria Falls.

The anti-poaching unit removed 163 snares and another 309 snares were identified by Zambezi Horse Safaris.

During the period, 28 snared animals were rescued.

Trevor Lane, founder of Bhejane Trust, a non-profit organisation that seeks to protect wild animals in the region, said the snaring of animals by poachers had become a cause for concern.

“The issue of snaring is a major concern to us,” Lane said.

“The poachers take advantage of small fines where one can get a suspended sentence and community service or fine.

“Although we appreciate what the courts are handling cases according to the law, we believe that the sentences should be tougher in order to send a message because the issue around these crimes is that the offenders will be doing it for commercial purposes.”

“Covid-19 exposed many wild animals in our nearby parks and around town to poaching because continued lockdowns meant that there was no monitoring of activities around wildlife crimes and due to massive job losses in the industry, people opted for self-help as streams of income diminished,” Mukwasi said.

“Wildlife around town has become part of our lifestyle and visitors enjoy that urban-wilderness feeling in harmony with nature and through our bush game drives in areas such as the Zambezi National Park and with poaching in these areas, it means that there is reduced variety of animals for one to view.

“We wouldn’t want to find ourselves in a situation where this continues happening as it kills our tourism.”

The snaring of wild animals is also affecting villagers living on the outskirts of Victoria Falls as their livestock gets caught by the snares.

Lifa Nekatambe from Monde village, which is located about 15 kilometres from Victoria Falls said he had lost livestock because of snares set up by poachers.

“In May, two of my calves were snared and killed while in November last year, one of my bulls was severely injured from the neck when poachers put snares at Masuwe River where our animals drink from,” Nekatambe said.

“The pain these poachers have inflicted on is too much and they are hardly known, but we understand that these are criminals who will be targeting wild animals and it keeps worsening,”

In February this year, Clemence Ncube, a Victoria Falls council employee was arrested and taken to court for running over a warthog with his vehicle before skinning it.

At the time, prosecutors said he hit the animal at the Aerodrome area and skinned it at his Chinotimba residency.

He was convicted on his own plea of guilt and fined $20 000 in local currency.