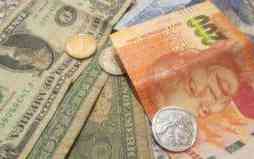 JOHANNESBURG, Sept 26 (Reuters) - South Africa's rand weakened in early trade on Monday, as the safe-haven U.S. dollar continued to soar against a basket of major peers.

"The dollar remains king and despite its stretched overvaluation, there is nothing to suggest a correction is imminent," economists at ETM Analytics said in a note.

On the stock market, the Top-40 (.JTOPI) and the broader all-share (.JALSH) indexes were down around 0.5% in early trade.