Call for peace must be made by everyone 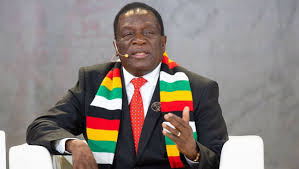 This attack, together with that of Shinzo Abe of Japan, proves that security of controversial and prominent personalities ought not to be taken for granted. It is out of crass incompetence and lack of attention to detail to have one fooling himself that "he is loved" and hence will not in any way face the risk of an assassination attempt.

Sapien Sapien THE assassination attempt on Salman Rushdie was an act of terrorism predicated along the lines of radical extremism. The attacker sought to fulfil the 1989 Fatwa by the Ayatollah Ruhollah Khomeini after Rushdie had published his hugely controversial book, Satanic Verses, in 1988.

This fatwa had a bounty of US$3 million and over the years, attacks and attempts on his life and those of his associates have been the order of the day.

This attack, together with that of Shinzo Abe of Japan, proves that security of controversial and prominent personalities ought not to be taken for granted. It is out of crass incompetence and lack of attention to detail to have one fooling himself that “he is loved” and hence will not in any way face the risk of an assassination attempt.

Essentially, most prominent and famous characters have been assassinated with consequences that go over and beyond their deaths.

Archduke Franz Ferdinand and his wife Sophie were eliminated by Gavrilo Princip of the Black Hand at Sarajevo leading to the onset of WW1 whose consequences changed the world as we knew it forever.

Anwar Sadat, an Egyptian politician and military officer who served as the third president of Egypt from October 15 1970 was assassinated by fundamentalist army officers on October 6 1981 for daring to settle for peace.

The setting of the assassination being interesting in that it shows that not even a cantonment area is safe. He was gunned down at a military parade.

Yitzhak Rabin, late Israeli prime minister of Israel was eliminated in 1995 for agreeing to peace proposals suggested by Bill Clinton and agreed to by Yasser Arafat.

In all these instances, the close-up assassination attack tactic was used. Interestingly, these prominent personalities were eliminated in crowded places, attending rallies or celebratory engagements.

This reminds one of Benazir Bhutto. Bhutto, a two time prime minister of Pakistan was eliminated on December 27 2007at a rally when an Al-Qaeda sympathiser, using simultaneous attack tactic, first took aim at her as she was waving to multitudes of supporters on the sunroof of her car before detonating an explosive killing at least 20 innocent people.

Closer home, President Emmerson Mngangagwa and his colleagues escaped death by a whisker when an attacker tossed a grenade as he was leaving a rally in Bulawayo.

On the same day, Ethiopian Prime Minister, Abiy Ahmed, had escaped with his life after a grenade was tossed at him as he was addressing a rally leading to the deaths of over 83 people.

The trend is thus clear; assassins target crowded areas and make use of asymmetric tactics to attack a target. Motivations for attack are some extremist beliefs and the consequences of these attacks are too dire for personalities and countries involved.

This calls upon maturity from different stakeholders in Zimbabwe. Bigots have been allowed free reign to divide and antagonise Zimbabweans primarily on social media. Power hungry merchants of anarchy have made use of the unbridled power of social media to incite their gullible folk into committing acts of violence.

One MP, Tendai Biti, recently indicated that the level of toxicity on Zimbabwean social media space is just getting out of hand.

As the country moves towards the 2023 harmonised elections and as we watch, with trepidation, hope and belief events in Kenya, the call for peace must be made by everyone who loves Zimbabwe.

Back in the day, it used to be the prerogative of the church but the church in Zimbabwe has proven not to be an impartial arbiter and neither has it managed to quell episodes of anarchy and violence to befall our country.

Prominent personalities must rethink their security arrangements, watch what they say and ensure that they avoid playing to the gallery.

There is no need to gamble with death just for Kodak moments. Extremists are always lurking on the horizon and will not hesitate to seek to take even the most minute opportunity to realise their crazy agenda

Sapien is a trade and security analyst. He writes in a personal capacity.
Share this article on social