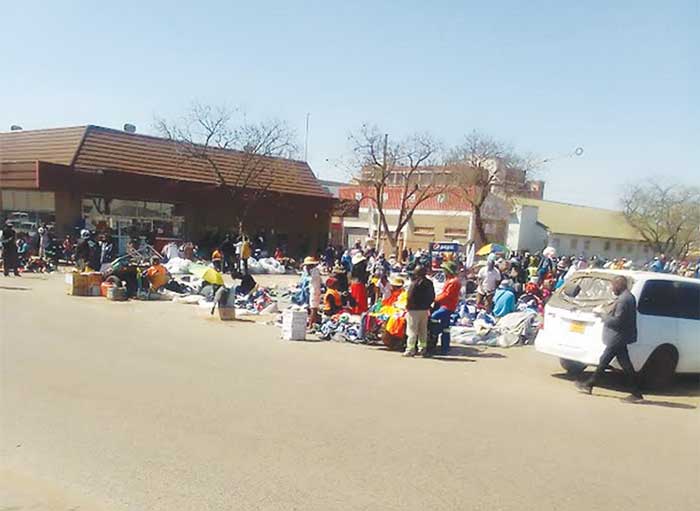 This illegal allocation of trading bays, however, has created chaos in the CBD with some areas now impassable.

“We had appealed for vending bays from the council and followed proper procedures of acquiring vending bays, but the council went on to parcel bays to their people,” Mutangi said.

“Why can’t the council open public toilets considering that we have disabled people in our midst who cannot afford to pay for toilets. We do not want to be at Fifth Avenue forever, but the council should look for an alternative for us.”

He claimed that vendors were not engaging in illegal activities but alleged that there were people associated with the council who were selling dangerous drugs around the area.

Mutangi said there were more than 7 000 vendors in the CBD and council officials had a team of agents collecting rentals on their behalf on a daily basis.

“There are council agents collecting the “Hlalani kuhle” money between 12 and 1pm and between 3 and 4pm everyday making it a total of US$2 a day. When one fails to pay, there is a fine of US$11,50,” Mutangi said.

“We have tried to remove illegal vendors from Fifth Avenue, which is not a vending area. We are working on a strategy to deal with them.

“There are no council agents collecting money from vendors. All payments are done at the Revenue Hall,” Ncube said.