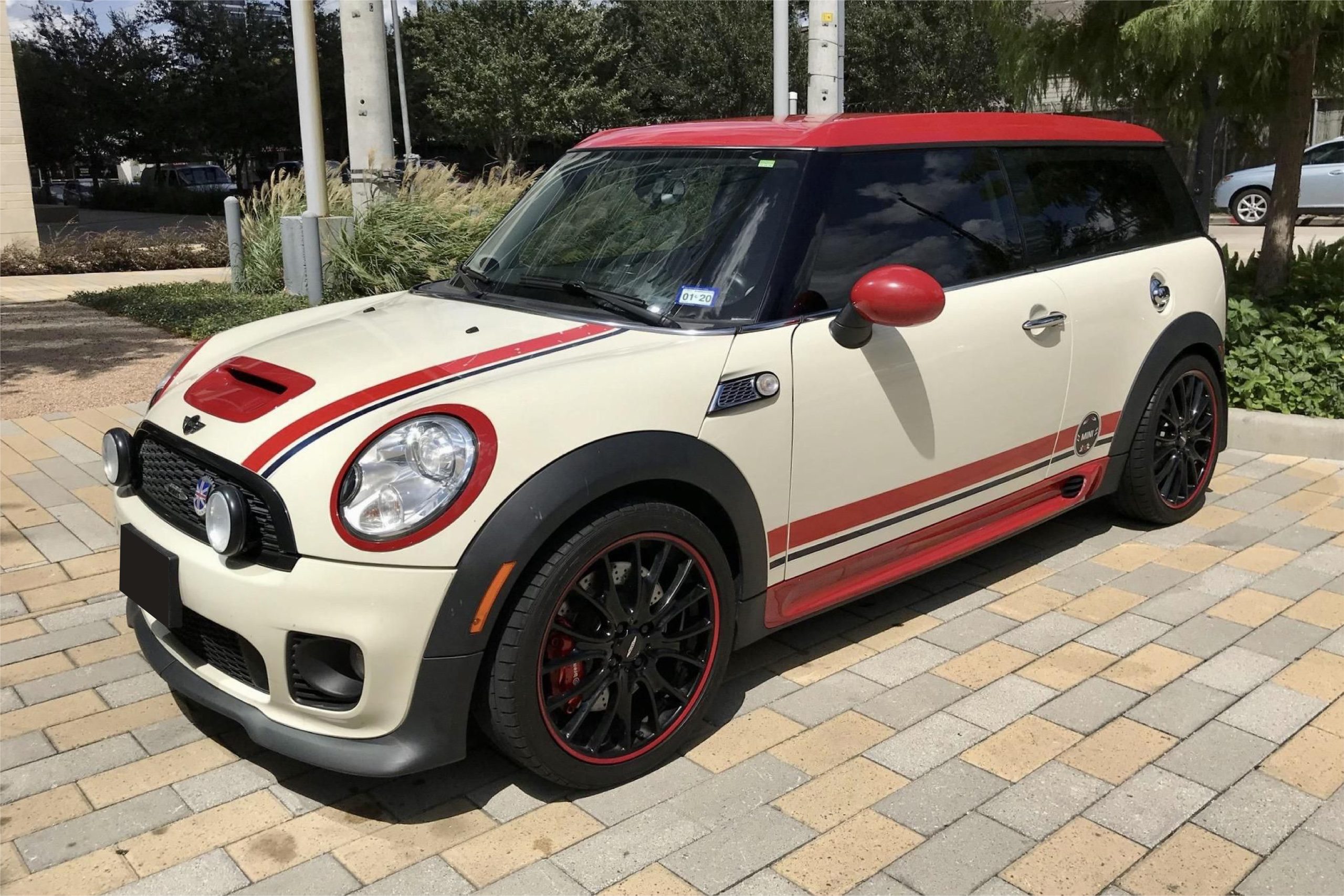 There are many things to like about the 2010 Mini Coopers.

And that’s where the Mini Cooper Clubman steps in.

I must point out that the Mini brand is very strong, unique, full of heritage and inimitable.

There’s a certain tautology to a Mini being small.

Well, of course it is.

It says so in the name.

What do you expect?

On the other hand, from Mini’s standpoint, if a larger Mini Cooper could attract more buyers to the brand, why not maximise the Mini.

And so that’s what Mini did by creating the Mini Cooper Clubman.

If it were a skirt it would be just above the knees.

We all know where some of the mini-skirts start and end.

Let me not digress.

The Mini Cooper Clubman is a bigger Mini Cooper, bigger in that its wheelbase, the distance between the front and rear axle line, is 23 cm longer, which greatly improves rear seat room.

Greatly, of course, means that by adding about 8 cm of legroom, adult occupation of the back seat goes from improbable to uncommon.

Seriously, the back seat of the Mini Cooper Clubman is habitable by the average adult and I even managed to insert a six-foot-plus passenger for a 45 minute ride without hassles. He knew it was better than walking.

There’s a limit, however, to how far anyone can stay there before they start screaming human rights abuse.

The other benefit of the bigger Mini is an increase in cargo capacity by about half.

And because the cargo space is box-like, the Mini Cooper Clubman can accommodate large boxes, a square peg in a square hole.

The particularly clever can even make large flat items fit by putting them in on the diagonal.

Making the cargo area even more useable is that with rear seatbacks folded forward the cargo floor is flat. In part that’s because the main cargo area’s floor is raised to match the folded seat-backs, which would seem to reduce capacity. However, an under-floor cargo bin adds secure stowage so the raised floor detracts little from total cargo volume, just repositions it.

Not surprisingly, the added length makes the Mini Cooper Clubman look longer than the standard Mini because, well, it is.

The build of this Mini doesn’t block rear vision as much as it would seem, however, thanks mostly to the large size of the rear windows.

It means, however, that the Mini Cooper Clubman needs two rear wipers. (But they’re little, so if the guys at the auto parts store snicker at how short your wipers are — wink, wink, nudge, nudge — try to ignore it. Size doesn’t matter).

Otherwise the Mini Cooper Clubman is a Mini Cooper, which will either amuse or annoy, depending on one’s outlook.

The Mini Cooper Clubman has the Mini Cooper’s huge speedometer in the middle of the dash, with the tachometer standing solo atop the steering column.

And that’s just the beginning. The radio, by the way, defaults to the scan mode flipping through the presets. Excuse, please. Isn’t that the purpose of presets, with scan reserved for looking for other, non-present stations?

Operationally, anyone who has driven a standard Mini Cooper and liked it will like the Mini Cooper Clubman as well.

Like the standard Mini, the Mini Clubman is available with a standard-equipment naturally-aspirated 88kW, or a model with the 1.6-litre supercharged four rated at 128kW, the latter dubbed the Mini Cooper S Clubman.

I drove the standard Mini Clubman.

The extra size of the Clubman adds a few pounds, and that cuts into the efficiency the standard Mini relies on to get away with its relatively low power output. Put a couple of adults in the back seat and the standard Mini Cooper Clubman will spend more time with the pedal pressed into the carpet. At least it’s entertaining as the engine charges up to its 6500 rpm redline, accelerating hard with a raspy snarl.. Just don’t rely on a burst of power for salvation in knickers-twisting merge situations.

The Mini Cooper Clubman’s ride is firm, and rear seat passengers complained that the ride was rough, no doubt because the rear seat is so close to the rear axle.

While road noise on smooth pavement was par for the class, it increased more than average when the pavement was coarse. The engine, however, is subdued at speed, turning only about 2800 rpm at 110 km/h.