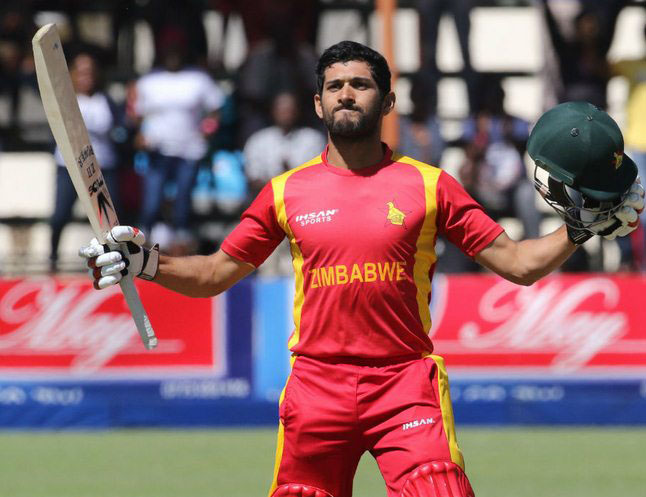 DANIEL NHAKANISO SIKANDAR Raza individual performances might have been the major highlight of Zimbabwe’s successful limited overs series against Bangladesh, but he feels the improved depth in the squad has been the major takeaway from the just-ended series.

The success against Bangladesh came on the back of the team’s recent qualification for the ICC Men’s T20 World Cup to be played in Australia later this year.

Raza, who has been instrumental in Zimbabwe’s success in both the T20 World Cup qualifiers and the limited overs matches against Bangladesh, said he was pleased with the Zimbabwe youngsters stepping up in the absence of senior players.

“From a team perspective, the biggest positive is the amount of youngsters who played in this series,” Raza said. “Everybody knows that some of our big names were missing for this series.

“It’s harder (to introduce new players) for a country which doesn’t get to play a lot of games, but the new guys did well as well. Tony played a quality cameo (in the second ODI), Victor bowled very well in the three games, Brad held his own, (and) Clive showed a glimpse of class.”

In the preceding T20I series, the Chevrons also handed a debut to leg spinner John Masara in the series-deciding third T20I.

The introduction of new players came at a time when Zimbabwe’s depth was severely tested by injuries to key players.

There were also no places in the squad for pace bowlers Blessing Muzarabani and Tendai Chatara because of a tear in the thigh and a collarbone fracture, respectively.

Big hitting middle order batsman Ryan Burl suffered a shoulder injury in the first ODI before Zimbabwe’s injury problems were worsened when Regis Chakabva, named captain for the ODIs in absence of Ervine, was ruled out of the third ODI due to a sprained hand.

Chakabva’s absence for the dead rubber saw Raza taking over the captaincy duties. In total Zimbabwe fielded 17 players during the three-match series, which bodes well with Houghton’s plans to widen the selection pool for his squad.

“All the senior players were missing due to injuries. No one has been rested,” Raza said. “We are trying to bring a winning culture in the changing room. In the past we might have not played enough games and we have complained about it, so now that we are getting games, we didn’t think of resting. I personally didn’t think of resting and so did the other guys.”

Raza said he is hopeful that most of the senior players who were out due to injuries will be available for the three-match ODI series against India, which gets underway on Thursday next week.

“We have got a very good chance of Ryan (Burl) and Craig (Ervine) being fit for the India series, if not at the start then hopefully at the last part of it but that will be up to the medical team,” he said.