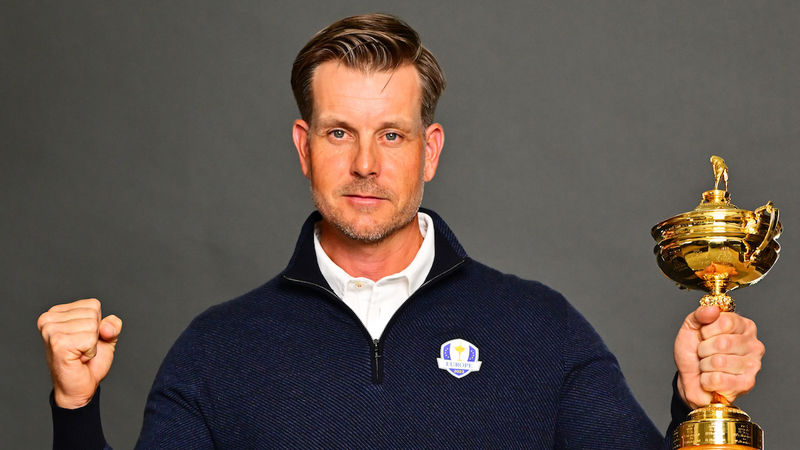 Stenson was stripped of his Ryder Cup captaincy last week after confirmation he had opted to sign with LIV in a deal reportedly worth close to US$50 million.

Stenson was stripped of his Ryder Cup captaincy last week after confirmation he had opted to sign with LIV in a deal reportedly worth close to US$50 million.

It was just the latest bombshell to detonate across the golfing world, which has been plunged into a virtual civil war this year with the emergence of the LIV circuit.

The upstart series, fronted by Greg Norman, is bankrolled by Saudi Arabia’s Public Investment Fund and has sought to lure top golfers with contracts that, in some cases, run into the hundreds of millions of dollars.

Human Rights groups have criticised the venture, saying it is a “sportswashing” exercise being used to boost Saudi Arabia’s international reputation.

Stenson’s decision to join LIV follows defections by several stars from the United States and Europe, including major winners such as Dustin Johnson, Brooks Koepka, Patrick Reed and Bryson DeChambeau.

Those players have all been hit with indefinite bans from the PGA Tour.

This week’s tournament has an extra dimension given that it is taking place at former US President Trump’s Trump National course at Bedminster, New Jersey.

Bedminster was due to have hosted this year’s PGA Championship major but was stripped of that right last year in the wake of the January 6 riot by the former president’s supporters at the US Capitol.

Trump has subsequently emerged as a vocal advocate for LIV, last week urging golfers to “take the money” and sign with the circuit.

In an interview with the Wall Street Journal published on Tuesday, avid golfer Trump again spoke admiringly of LIV, describing it as “one of the hottest things to have happened in sports.”

“I think it’s going to be an incredible investment from that standpoint, and that’s more valuable than lots of other things because you can’t buy that-even with billions of dollars.”

Trump has faced protests for hosting the tournament by relatives of people killed and injured in the September 11, 2001 attacks on New York and Washington. Fifteen of the 19 hijackers involved in the atrocity were Saudi nationals.

In an open letter to Trump released last week, the 9/11 Justice group urged him to cut ties to LIV Golf. Another Trump golf property, Trump National at Doral in Florida, will stage the October 27-30 finale to the series.

“It is difficult for us to fully express the extreme pain, frustration and anger this upcoming tournament at Bedminster causes our community,” the group wrote.

“It is incomprehensible to us that a former President of the United States would cast our loved ones aside for personal financial gain.”

Trump, however, brushed off the criticism he has faced from 9/11 families and also played down the 2018 murder of Washington Post columnist Jamal Khashoggi.

“I can say that from the standpoint of Khashoggi, that has died down so much,” Trump told the Wall Street Journal.

“It really seems to have totally died down.”