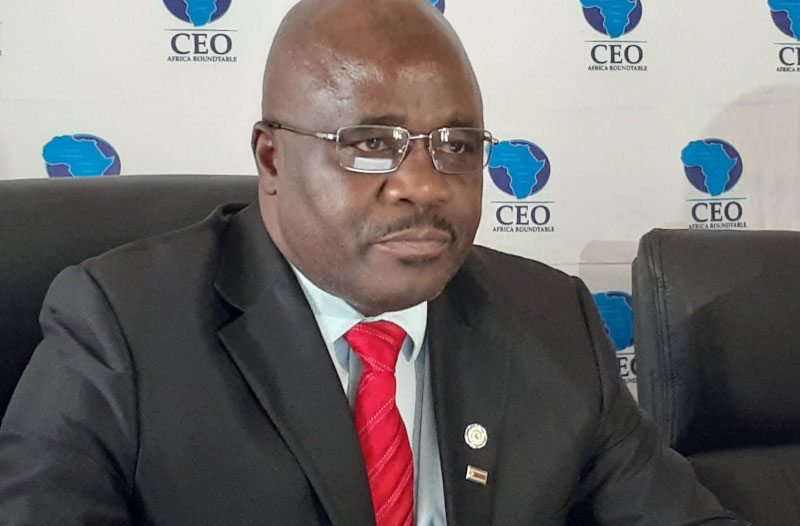 THE CEO Africa Roundtable recently sent a delegation to Malawi to expand its footprint and boost investment. Deputy business editor Kudzai Kuwaza (KK) caught up with CEO Africa Roundtable chairperson Oswell Binha (OB) to discuss the takeaways from the visit as well as other issues such as the impact of the mid-term fiscal budget, the introduction of gold coins and the upcoming mid-term Monetary Policy Statement. Below are excerpts:

KK: You recently sent a delegation to Malawi to promote trade and investment. What were the benefits and takeaways from the visit?

OB: The business mission to Malawi took place from May 25-28 2022 and 11 companies from Zimbabwe participated in that mission. This was an exploratory business mission and the major takeaway was on the opportunities unearthed and the contacts made. We are happy that the delegates are cumulatively working on over 26 business deals which are at various stages of materialising. These range from health, software solutions, transport and logistics, renewable energy and real estate.

KK: You introduced the “Business after Hours” concept, where different business personalities are invited to share their experiences. What have been the benefits of this programme?

OB: Business After Hours (BAH) is a concept that we introduced to allow members to network and do business in a relaxed environment. This happens once a month and we are highly satisfied with the level of interaction to date. The sharing is by members to other members. To date, we have had over five BAH programmes hosted by various members and we strongly believe its traction will increase going forward.

BAH provides members with a unique opportunity to cross-fertilise business ideas, collective management of business constraints, share notes on areas requiring collective advocacy and indeed expand room for business complementarities economy-wide. We believe members must transact with each other.

KK: Finance minister Mthuli Ncube recently presented the mid-term budget. What were your views on the budget?

OB: While Ncube tried to sound confident over future growth, broadly the budget statement carried his anxiety over risks building up on the horizon. His admission that inflation and the fall of the Zimdollar “pose the greatest risk that could potentially knock down economic growth by between 2% and 3%” demonstrates that he is conscious of the threats to his projections.

He is aware that wage and salaries pressure from workers to be paid in forex on one side, and companies that want to pay taxes in Zimdollars on the other create a delicate balance rendering the fiscal gymnastics ineffective in the short-to-medium term.

Effectively, economic players are now aware that the budget characterised the reality on the ground. Rising inflation, the rising debt burden, and global stocks all militating against the stability and growth prospects of the country. In my view, his piecemeal reaction to the policy on PAYE tax-free thresholds, will not have a significant effect on the status core due to inflation, the value will be fast eroded. The unintended consequence though is that both gainful employment and formalisation of businesses continue to be unattractive rendering any efforts to widen the tax base impossible.

While some of us are still wondering about the efficacy of broad infrastructure financing in the country, the minister needed to come up with a lasting solution to dealing with non-budget financing of the infrastructure projects. Further, the minister is clear that rising global inflation requires some concrete means to cushion consumers, which is over and above the biting local push factors. Unfortunately, the minister missed a unique opportunity to utilise the budget review to generate fresh confidence in the economy.

KK: Reserve Bank governor John Mangudya will present the mid-term monetary policy. What are your expectations?

OB: The mid-term monetary policy is obviously expected to tackle the two evident elephants in the living room, the challenges of exchange rate instability and inflation. Judging from previous experiences, the central bank naturally refuses that the exchange rate is overvalued and needs immediate drastic correction.  The governor will continue with his narrative that the reserve money is under control and central government borrowing from the central bank is zero. However, the instability will remain unarrested due to this denial mode. I believe the governor is presented with a unique opportunity to target confidence-boosting factors, the principle of which is the need to admit that infrastructure financing has been a major source of exchange rate volatility and instability. Secondly, he is to review interest rates again, effectively they are now negative real interest rates despite being reviewed a few weeks back. Repeated denials will sustain perceptions of the central bank playing a role in causing market instability and weak institutional capacity in dealing with economy wide monetary problems.

KK: Inflation has shot up to 256,9%. Where do you project inflation will be by the end of this year?

OB: Inflation has always been a monetary phenomenon. We are in this because of the government’s propensity for excessive money supply growth.  Without real commitment and action to reduce money supply growth, especially from the fiscal front, containing inflation will remain an elusive dream and might get to four digits before year-end.

KK: Some analysts have pointed out that policy inconsistencies, an unstable local currency, runaway inflation and power outages will make it difficult for GDP growth to reach 4,6% as envisaged by the government. Do you subscribe to this view?

OB: A poor agriculture season coupled with rising global shocks will negate the country’s growth potential. Gains in infrastructure have been inflationary due to the financing model. Our external sector is sitting on a debit of over US$200 million. A growth of 4,6% under such circumstances is not possible, thus ambitious. In my view, the growth can moderate to around 3% this year

KK: The central bank introduced gold coins, which it says will mop up excess liquidity in the market and anchor inflation. Do you think that the coins will achieve this objective?

OB: Gold coins have been accepted albeit with grave arbitrage undertones. The governor needs to come up with strong measures and ensure the arbitrage opportunities are thwarted. I believe the use of gold coins is a mechanism to deny the inevitable.  The implementation concerns remain about them being elitist and leaving out the poor in our societies.

KK: One of the proposals to come out of the Tripartite Negotiation Forum (TNF) technical committee meeting held last month is that wages be paid partly in hard currency and the other in local currency. Is this feasible?

OB: Wages must be paid in foreign currency all being equal. TNF is a toothless bulldog. While I am aware it has been legislated; it survives broadly on trust among the tripartite partners. Historically, TNF has failed because the government has made TNF a weapon to rein in on other partners.

KK: Government has accused business of profiteering and being responsible for weakening the local currency. What is your view on this?

OB : Business is not charity. The government’s role is to provide an environment for businesses to thrive. Developmental states grow their business sector productive throughput. The Zimbabwe government unfortunately is both an irrational regulator and an unreasonable player in the business sector. Many of the economic enablers are a serious drain on the fiscus, a position which undermines business viability. Zimbabwe has no monetary or fiscal problems. The country has grave political problems undermining the survival of all national stakeholders, industry being a soft target.