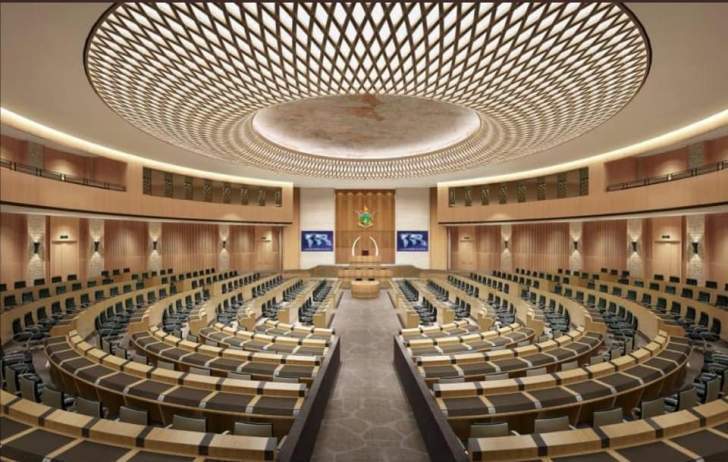 Overtures by China, which will soon be handing over the parliament building situated in Mt Hampden, about 18 kilometres from the capital Harare, are meant to calm fears that the Asian giant has intentions to snoop on Zimbabwe.

JULIA NDLELA/TINASHE KAIRIZA CHINA has implored Zimbabwe to conduct an independent security assessment at the US$100 million new parliament building it erected on the outskirts of Harare, it has emerged.

Overtures by China, which will soon be handing over the parliament building situated in Mt Hampden, about 18 kilometres from the capital Harare, are meant to calm fears that the Asian giant has intentions to snoop on Zimbabwe.

Fears that Beijing could potentially use the new parliament building to spy on Harare follow allegations that China bugged the African Union (AU) headquarters it built and paid for in the Ethiopian capital in 2018.

But the AU dismissed the reports as patently false. Beijing also refuted the spying allegations.

In the case of Zimbabwe, the Chinese embassy told the Zimbabwe Independent this week that Beijing offered Harare an opportunity to carry out surveillance and security checks on the soon to be commissioned Parliament building.

The request was extended to Local Government and Public Works ministry, headed by July Moyo.

A Chinese embassy official, Liang Zhizun said in an interview that as normal procedure, the embassy had requested the Zimbabwe government to conduct independent and thorough information technology (IT), data and all other necessary security inspection on the building before a formal hand-over.

“The audio, video and IT system will be managed and controlled by (a) Zimbabwean team in the future running of the building. A few rumours say that China would bug the new parliament building are outdated and low ranked trick played by some foreign countries who are not happy to see any achievements in China-African co-operation,” Zhizun said.

“The same rumours occurred on the AU Headquarters in 2018 and were completely rejected by the AU and the African people including many state leaders. We do not want to see the same farce and laughing stock in Zimbabwe.”

Regarding the new parliament building, which sits on a land area of 33 000 square metres, Local Government technical director of engineering services Henry Hungwe, during a site visit last week, said relevant departments had carried out security checks and nothing unusual was detected.

“We were here from the beginning of site establishment. We included every department responsible. We had all departments in government involved. The road was done by ministry of Transport and Infrastructure Development while water was connected by Zinwa. Zesa did the electricity,” he said.

“… and the checks (were done) by the security people including the police. Security checks were done from the beginning. I can confirm that we asked our security people to have the liberty to do a sweep of the building to check and see if there is anything. But so far everything is on track.”

The imposing new parliament building, whose architectural design was derived from the country’s Great Zimbabwe ruins in Masvingo, has an office building which boasts of 600 rooms. The office building has capacity to accommodate 1 000 people.

It also has an outdoor access road leading to the Public Square and ceremony square in front of the Parliament building with a grand stair case.

Construction of the building started in November 2018 and was completed on May 27 this year. Shanghai Construction Group was contracted to carry out the project.

Beijing and Harare have hailed the new building as a symbol of solid ties between Zimbabwe and China.

The allure of the building is expected to herald a new capital as authorities plan to set up offsite infrastructure such as shopping malls and residential stands to decongest Harare.

It boasts of two sections, which include a six-storey office building and a four-storey parliament building.