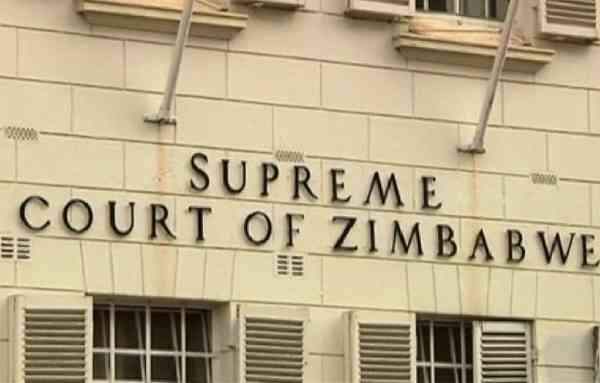 IN his brilliant paper Sausages and the Judicial Process: the Limits of Transparency delivered at the Annual Conference of the Supreme Court of New South Wales, in Sydney, Australia on 1 August 2014, the now retired English jurist, Lord Neuberger borrowed the famous statement: “Laws are like sausages — it is best not to see them being made” and used it to describe the behind-the-scenes judgment writing process.

Transporting the sausage theme to court judgments, Lord Neuberger added: “When it comes to judgments, the sausage analogy can be taken a little further. Sausages are contained in a transparent skin, or casing, which means that the contents of a well-made sausage are neatly packaged and are clearly visible. Like the casing of a sausage, the style and structure of any judgment should ensure that the ultimate product appears elegant and that its contents are clear. And a traditional sausage contains a well-judged mixture of meat, starch and flavouring, and the best sausages have more meat than starch and they have good flavouring—not a bad description of the best judgments.”

It seems the Supreme Court official sausage factory has a rival or does it?

On July 4, 2022, the Supreme Court handed down judgment in the matter of Zesa Holdings (Private) Limited and Obson Matunja. When the case was heard on May 12, 2022, the two lawyers argued opposing legal positions but relying on opposing outcomes of the same case! It was bizarre.

The employer’s counsel, D. Peneti argued that an employer who has appointed a disciplinary tribunal has no right of appeal to the Labour Court in the event of an unfavourable outcome and placed reliance on the authority of the Supreme Court judgment reported in the Zimbabwe Law Reports as Pioneer Transport v Mafikeni 2017 (2) ZLR 71 (S) handed down on July 10, 2017.

On the other hand, Zesa’s counsel N. M. Phiri argued that in another judgment in the same case, Pioneer Transport v Mafikeni SC 65/18 handed down on October 19, 2018, the Supreme Court had reached the opposite conclusion. It is bizarre that in one appeal, the same court arrives at two opposed positions and delivers two different judgments.

The first Pioneer judgment allegedly handed down by the Supreme Court on July10, 2017 was purportedly penned by Justice Susan Mavangira, with Justices Paddington Garwe and Chinembiri Bhunu concurring in it.

The second Pioneer judgment handed down on October 19, 2018, some 15 months later, is penned by Justice Mavangira, with Justices Garwe and Bhunu concurring it.

In a judgment authored by Justice Nicholas Mathonsi, in which Justices Samuel Kudya and Hlekani Mwayera, concur handed down by the Supreme Court on July 4, 2022 in the Zesa matter, the Court said that the 2017 judgment purporting to have been authored by the Court is ‘fake’.

This ‘fake’ judgment has found its way into the official Zimbabwe Law Reports and is reported as Pioneer Transport v Mafikeni 2017 (2) ZLR 71.

Curiously, the Labour Court in its Zesa judgment, which was the subject of the July appeal, had acknowledged that there were two opposing Supreme Court decisions in the same Pioneer Transport v Mafikeni matter and elected to follow the decision dated July 10 2017. But how does this happen?

Justice Mathonsi notes that his Zesa judgment thus: “On the face of it, the same panel of this Court appears to have issued two conflicting judgments over the same appeal.”

He noted that the registrar of the Supreme had been approached by the lawyers in the Zesa matter and “was unable to articulate the exact status of the two judgments.”

Justice Mathonsi states that the Supreme Court panel, which heard the Zesa appeal, conducted an investigation into the existence of the two conflicting Pioneer Transport v Mafikeni judgments. He states in the Zesa judgment: “Reacting to the invitation by both parties to set the record straight, this Court conducted an investigation on how there are two judgments, ostensibly disposing of one appeal in different ways. It has been verified that the 2017 “judgment” is certainly not the judgment of this Court. It is in fact a fake judgment which was never handed down by the court and never signed by the appeals panel that heard the appeal,” Justice Mathonsi said.

This is on the face of it a serious case of fraud. Either a criminal investigation or an independent inquiry is necessary to determine what really transpired. If the judicial processes can be so easily manipulated, there is urgent need for serious intervention in order to ensure that fake judgments do not find life in our justice system.

A person’s property, life and liberty is at serious risk if the justice system is vulnerable to fake judgments.

Second, it seems from Justice Mathonsi’s judgment that the existence of the ‘fake’ judgment has been known for some time. This is why he states that this was drawn to the attention of the Editorial Committee of the Zimbabwe Law Reports before it was published in the 2017 law reports.

These have been out for a few years now. Why did the Editorial Committee of the Zimbabwe Law Reports, which has in its membership, senior members of the judiciary and senior lawyers ignore this alarm?

Third, it is most disturbing that, going by the delivery date of 10 July, 2017 the first Pioneer judgment bears in the Zimbabwe Law Reports, the “fake” judgment precedes the supposed genuine one and yet both bear striking resemblance.

The judgment declared genuine by the Supreme Court was handed down 15 months later on October 19 2018. If the fake one preceded the correct one by 15 months how is it that the fraudster knew in advance that when the ‘genuine’ judgment gets to be written, it would copy his/her judgment word-for-word in many places?

I will now turn to the compelling similarities. The opening paragraph in both the fake judgment and the genuine one open in identical words: “This is an appeal against a judgment of the Labour Court wherein the decision to dismiss the appellant from employment that had been made by the appellant’s Managing Director was set aside whilst an earlier decision by the disciplinary committee that the respondent be issued with a second written warning was confirmed.”

So does this mean that the fake judgment writer foretold that when the genuine one gets to be written 15 months later, the Supreme Court would adopt these opening words — word for word? Amazing!

It reads: “The facts of the matter may be summarised as follows: The respondent was employed as a creditor’s clerk by the appellant.

Both the fake and genuine judgments reproduce the disciplinary committee’s decision word-for word. The only slight difference is that the “fake” judgment has some parts in italics and contains the following after the quote: “(sic) (my emphasis)”.

The next paragraph in the genuine judgment contains two sentences: “The complainant in the disciplinary hearing appealed to the managing director against the Disciplinary Committee’s decision. There was no appeal by the respondent.”

The next paragraph in the fake judgment contains one sentence. It states word-for-word: “The complainant in the disciplinary hearing appealed to the Managing Director against the Disciplinary Committee’s decision.”

It omits the second sentence finds in the genuine judgment.

It quotes a letter from the managing director to Mafikeni.

At the end of the quoted letter of February 10 2014, the genuine judgment underlines the words “I hereby overturn the determination by the Disciplinary Committee, and the respondent is found guilty of the charges and the penalty is dismissal. The respondent (sic) should be dismissed effective 12 February.”

In brackets the words “emphasis added” appear at the end of the underlining. In the “fake” judgment, the same words are emphasised in italics rather than by underlining.

Both the genuine and the “fake” judgment cite the same content. The writer’s English is also marked and two “sics” appear in identical places!

The next nine paragraphs, yes nine, after this in both the genuine and the “fake” judgment contain identical sentences!

How did the fraudster foretell that when the genuine judgment gets to be written, the Supreme Court will replicate his/her judgment word-for-word? Amazing!

After that, the genuine judgment changes course and analyses the law and finds in favour of Pioneer Transport and orders that the matter be remitted to the Labour Court for a hearing of the appeal before a different judge. Each party is ordered to bear its own costs.

In the “fake” judgment there is an analysis of the law and the judgment finds in favour of the employee, Mafikeni and the appeal by Pioneer Transport is dismissed with costs.

The Supreme Court “investigation” disclosed in the Zesa decision sadly does not lay this controversy to rest. The “fake” judgment which is in the official Zimbabwe Law Reports states that it was delivered on July 10 2017. The genuine judgment in the same matter was delivered some 15 months later on October 19 2018.

How can a “fake” judgment, which precedes the genuine one by a year and three months, have prophesied the contents of the genuine and reproduce many sentences word-for-word, paragraph-by-paragraph?

This is why it is absolutely critical that an independent and transparent investigation be carried out to determine how a “fake” judgment got to exist.

This matter cries out for more. The whole truth. Interfering in the administration of justice is a serious crime. If there is someone out there running a sausage factory of judgments, that person needs to be stopped and prosecuted. It is not  enough to simply declare that the 2017 judgment in Pioneer