Will COP27 attend to Mother Earth’s rancor as the world teeters? 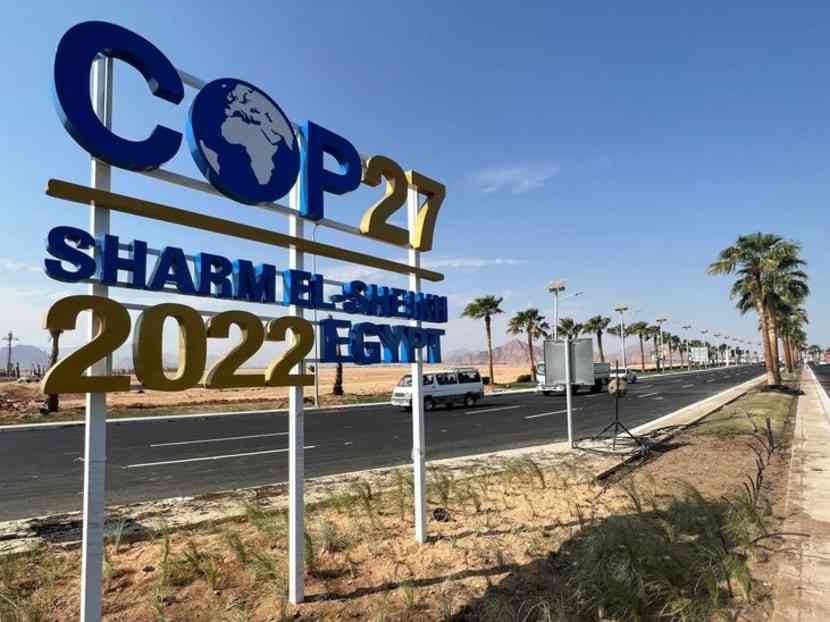 THIS week, more than 90 heads of state and representatives of 190 countries are expected to arrive and attend the Conference of the Parties of the United Nations Climate Change Conference (UNFCCC) otherwise known as COP27 in the Egyptian city of Sharm El Sheikh. The host city, where the COP27 conference takes place from 6 to 18 November, is on the southern tip of the Sinai Peninsula, in South Sinai Governorate, on the coastal strip along the Red Sea.

The Conference of the Parties (COP) has been held annually since the first climate agreement in 1992. It is used by governments to agree on policies to limit global temperature rises and adapt to impacts associated with climate change. There is a myriad of evidence that in the last three decades since the conference started,  our weather patterns have massively changed and their impact on the earth, the environment and the well-being of the people is devastating.

World leaders meet at the COP27 against the background of scary and extreme weather patterns which left a massive toll on human life and huge costs in 2022.  In June and July this year, heatwaves caused the death of an estimated 16 000 people in Europe. The heatwave was part of the worst droughts experienced in the northern hemisphere in history, while that experienced in Europe mid-year is reported as the worst in 500 years. Several famous rivers in Europe and China ran dry, while drought in the Horn of Africa is threatening the lives of more than 22 million people into starvation. The damage caused by drought is estimated to be roughly US$40 billion globally, perhaps the highest in half a century.

Just about the same time flooding killed 1 700 people in Pakistan and left over 2,1 million people homeless or living in temporary shelters. The floods were caused by heavier than usual monsoon rains and melting glaciers that followed a severe heatwave, all of which are linked to climate change. It is the world’s deadliest flood since the 2020 South Asian floods and is described as the worst in the country’s history.  In October this year, Nigeria experienced its worst flooding in a decade which left more than 600 people dead, affecting over two million people and left 200 000 homes damaged.

During the last weeks of September and early October this year, the state of Florida in the United States was hit by hurricane Ian, a large and destructive category 4 Atlantic hurricane. It was described as the deadliest hurricane to strike Florida since 1935. It caused widespread damage across western Cuba and the southeast United States, especially the states of Florida and South Carolina. Hurricane Ian caused at least 157 fatalities and catastrophic damage with losses estimated to be over US$50 billion. Much of the damage was from flooding. In October, Hurricane Julia killed scores of people in northern Central America and left 1 million people in need of humanitarian support.

Other than Nigeria and the Horn of Africa, there are also several extreme weather events that hit African countries. These include drought in Uganda, six severe storms that hit southern African countries such as Madagascar and Mozambique, high temperatures in Tunisia in July which triggered extreme wildfires and flooding in Chad which affected two million people in August and October.

With the effects of climate change escalating in frequency and intensity and affecting everyone everywhere, the debate at COP27 should no longer be about whether climate change exists or not. It should no longer be about who or what is to blame but more action-oriented taking into account that the environment is changing faster than anticipated and human life is now at stake. The impact of climate change in 2022 alone should be enough wake-up call for everyone to unite and find concrete solutions to the global climate emergency.

Whether there is consensus on different ways to move forward — one thing is clear we now all need to adapt to climate change and perhaps collaboratively find ways to effectively do so. While it may not be enough, adaptation must focus on addressing or mitigating risks from climate change and extreme weather, for example by safeguarding agriculture, managing the impact of rising seas, and making infrastructure more resilient.

While there is a huge expectation that top-down global strategy is the direction towards effective response to climate change, part of the answer lies at community level where the impact is severely felt. Investment in resilience and coping mechanisms, such as effective use of available resources and water sources for better irrigation, improved seed varieties, strengthened health systems, and greater access to finance and telecommunications can be very significant. For example, the underutilised freshwater that pours into the oceans from our major rivers needs to be harnessed in order to circumvent the impact of drought and improve food production and access to freshwater.