Letter from America: Is former president Donald Trump a hero or villain? 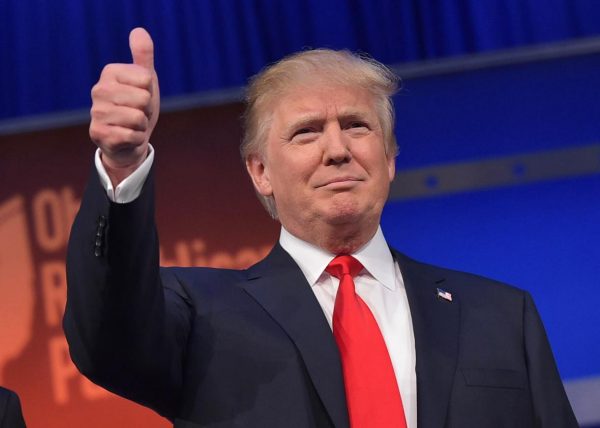 At the same time, events of great moment were happening in my adopted homeland, the US. Former president Donald Trump’s house was invaded by men in dark glasses, in the wee hours of the morning.

with KENNETH MUFUKA I was minding my own business, doing injury to no one when a Zimbabwean brother called me from Namibia University. “I hear you are on a lecture tour, please come by here,” he said.

At the same time, events of great moment were happening in my adopted homeland, the US. Former president Donald Trump’s house was invaded by men in dark glasses, in the wee hours of the morning.

Trump’s estate, Mar-a-Largo, is divided into two wings; one accommodates his personal life and family, while the other serves a private club for wealthy businessmen and global plotters.

The Federal Bureau Agents (FBI) went straight to his private safe, broke it and took away some documents. Trump, a loud-mouthed politician, who never misses an opportunity to adumbrate a scandal, said that they had been there for nine hours, ransacking his house.

This action is unprecedented in the history of the US. Presidents and former presidents have aura and sanctity around their persons and are provided with life-time police protection.

In a 1980 case, the US Supreme Court granted “absolute immunity” to a sitting president, arguing that there are enough checks and balances to prevent abuse of power.

Here, we must pose to inform our readers of Trump’s personality. To a large section of the polite society, this scion of a billionaire father, escaped the finer teachings of civilised society. He is uncouth, speaks out of turn, munches his three-stairs US$20 hamburgers with gusto, and like an Irishman, loves to join a fight before he knows what the brawl is about.

That having been said, he must be a genius of sorts. A man who never ran for office in his 70 years of life, defeated a 40-year veteran, Ms Hillary Clinton, a Lady McBeth, and Jezebel combined.

Ms Hillary was a crook as they come. While serving as Secretary of State, she had a private internet server in her bathroom through which all her official correspondence passed. The reason was not far to seek. Instead of asking for bribes, as African politicians do, the Clintons created a Clinton Foundation to which all the sleazy oil-rich sheikhs and African dictators could contribute while at the same time gaining some measure of virtue. Ms Chelsea, the Clintons’ only daughter serves as a director of the Foundation and is financially well rewarded.

The presence of a private server for a State Department official was illegal. In addition, when found out, there were 33 000 emails which she did not want exposed to the light of day. She smashed the machinery with a hammer and added “bleach bit” to make sure none of this information came to light.

Many of these FBI agents had been appointed by her husband in their long career and they were circumspect about everything, dilly-dallied and she went scot-free.

But there is more. Having lost the election, she concocted a bold-faced lie (with the aid of the FBI and the Central Intelligence Organisation) that Trump was a Russian agent. Two years later, 27 cutthroat FBI agents at work, over US$30 million spent, the Commission found no evidence that Trump was in collusion with Russia.

In the Sicilian Godfather stories, families feud with each other over centuries, even when they can no longer remember what provoked the enmity in the first place.

In this case, Ms Hillary has the support of the Democratic Party and the Civil Service apparatus, whose high officers owe their positions to Democrats over several decades. Republican families support Trump but traditionally avoid civil service employment because they have business empires.

For political scientists, this has dangerous consequences in Third World countries. Lower class families send their children into the public services, the military, and the secret services while the rich families find themselves unrepresented in the enforcement agencies.

There is a difference between an excuse and a reason. The FBI makes an excuse that Trump removed some papers from the White House, which he probably wrote to begin with. Presidents write memoirs from notes and papers which originated from their term of office.

Democrats are the brainy party but often they are too brainy for their own good. They are masters of minutia and miss the big issues. Briefly, when Joe Biden came to power, he reneged on the Canadian oil pipeline contract; thus sending 20 000 workers into unemployment and forcing oil prices to triple from US$2 per gallon to US$6 per gallon.

Any fool and his nephew would have known that the US economy runs on the 18-wheeler trucks. The brilliant Democrats failed to see that coming. The 18-wheeler drivers are the despised red necks (owner-driver poor whites and Trump’s supporters).

The influx of immigrants, who had been corralled in Mexico by Trump and allowed entrance by Biden, gathered momentum. At a daily figure of 20 000 economic refugees from Latin America daily, again, now nearing two million a year overwhelmed the immigration system. The poor whites, threatened by these hard-working, no-job is beneath them characters, blessed by the US welfare system, sometimes housed in hotels (Oh, God is Good), armed with food vouchers as they shopped in public groceries, provoked the anger of the long-suffering rednecks.

To Ms Hillary, these “Trump supporters are what I call, a basket of deplorables. (They) are racist, sexist, homophobic, xenophobic, Islamophobic — you name it. (Trump) has lifted them up.”

They were called red necks because they were exposed to the sun as compared to the generation X super kids working in global air-conditioned offices.

These people and many others in the middle, see their country opened to the global elites, Asian IT super technocrats and Facebook financial moguls. Their kids, unable and unexposed to the new crypto currencies and global investment markets, are left behind.

To these stalwart, principled 18-wheeler drivers and red-necks, Trump is their hero. To the Democrats he is their worst nightmare.

But life is not that simple. The second man in the Republican party is Florida Governor Ron DeSantis. If Trump does not run, Democrats will face a Republican rubble rouser who has more brains than Trump.

Democrats are in a state of panic.