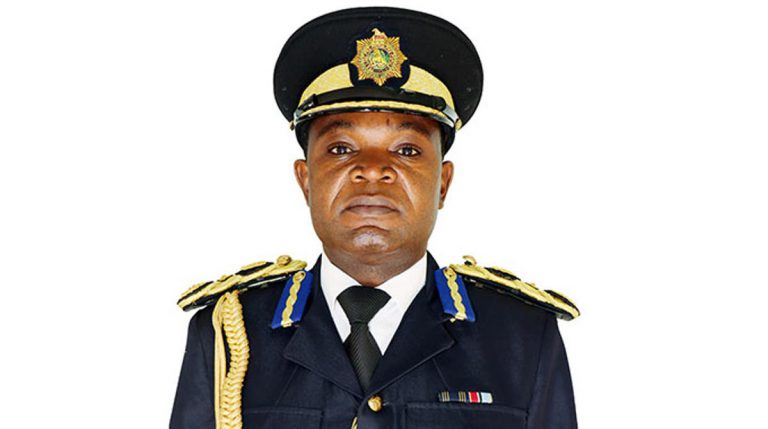 High-level officials from the Zimbabwe Republic Police (ZRP), the Reserve Bank of Zimbabwe’s (RBZ) Financial Intelligence Unit (FIU), Zimbabwe Anti-Corruption Commission (Zacc), and the Special Anti-Corruption Unit in the Office of the President and Cabinet (Sacu) confirmed the development.

SYDNEY KAWADZA A CRACK team drawn from law enforcement agents has launched a probe into business executives suspected of manipulating the economy and undermining government efforts to arrest inflation and skyrocketing prices.

High-level officials from the Zimbabwe Republic Police (ZRP), the Reserve Bank of Zimbabwe’s (RBZ) Financial Intelligence Unit (FIU), Zimbabwe Anti-Corruption Commission (Zacc), and the Special Anti-Corruption Unit in the Office of the President and Cabinet (Sacu) confirmed the development.

“Yes, the ZRP Criminal Investigations Department’s (CID) Commercial Crimes Division summoned several people in connection with investigations into economic sabotage in the country. We would, however, release more details in due course,” he said.

Last year, the government made some arrests of businesspeople who were accused of currency manipulation, but that did not solve the problem.

However, sources close to the current investigations told the Zimbabwe Independent that a number of high-profile businesspeople were summoned by the police in the past fortnight as detectives stepped up the probe against those accused of manipulating the economy.

The list of names of those summoned by the police could not be obtained as authorities say this could jeopardise investigations.

“A number of people who are suspected to be involved in economic activities that are suspected to be fuelling inflation and spiralling prices of goods were summoned by the police,” the source said. “The people interviewed included several high-profile individuals from various sectors of the economy. We might see a number of arrests and court appearances soon.”

The crackdown, according to sources, came after an instruction from the executive that law enforcement agents had a critical role to play in the current government economic fight.

Companies targeted are big corporates that have been accessing United States dollars on the RBZ foreign currency auction system and then using the money to fuel the parallel market.

“Government is aware of those corporates that have been accessing foreign currency on the auction, but their prices in local currency are out of reach for the ordinary citizen,” a high-level source said. “So, some of those executives were summoned and this is the beginning of a wider crackdown that will likely affect a number of suspected businesspeople.”

The continued abuse of the RBZ auction system has also been a thorn in the flesh of the authorities and some of the suspected “currency hustlers” have been put under the spotlight.

It is believed that the tumultuous behind-the-scenes events at the forex auction are gravely contributing to the continued depreciation of the local currency and fuelling inflation.

Some companies have been accessing millions of United States dollars on the auction system, but basic investigations by the Independent could not locate their physical addresses. Some of these have to date accessed close to US$15 million, but do not even have a website or a physical address.

This culminated in the suspension of close to 170 companies from participating at the auction. About 300 firms were recently fined.

Some companies whose type of business could not be ascertained are among the top 50 that accessed foreign currency on the auction in 2021.

Zimbabwe’s year-on-year inflation jumped to 256,9% last month from 191% in June as prices of commodities continue rising. The government introduced a raft of measures to contain inflation, which has resulted in price hikes.

Ncube, who was fielding questions in the Senate, said the government was employing various policies to stem the economic downturn.

The struggling economy has proven to be a headache for President Emmerson Mnangagwa’s administration where there are constant fights with civil servants over deteriorating conditions of service and poor salaries.

The cost of living is at an all-time high, eroding workers’ buying power.

Addressing mourners at the National Heroes’ Acre in Harare during the burial of Brigadier-General Benjamin Mabenge (Rtd) on Wednesday, Mnangagwa vowed to crush those involved in economic sabotage.

“While yesteryear the war was fought on the battle front, the Second Republic is well aware of the machinations of our detractors who are fighting us on the economic front,” Mnangagwa said. “Today they are waging (an) asymmetric warfare to make our economy scream and our people suffer. Under my watch, they will never succeed, we will never surrender our economy. Against all odds, we will win the economic battle and attain a prosperous future for our people.”

Earlier this year, Mnangagwa said “culprits” behind currency manipulation in the financial services sector led by banks and financial institutions should be investigated.

But economic analysts have blamed the government for failing to address economic fundamentals to stabilise prices of goods and services.