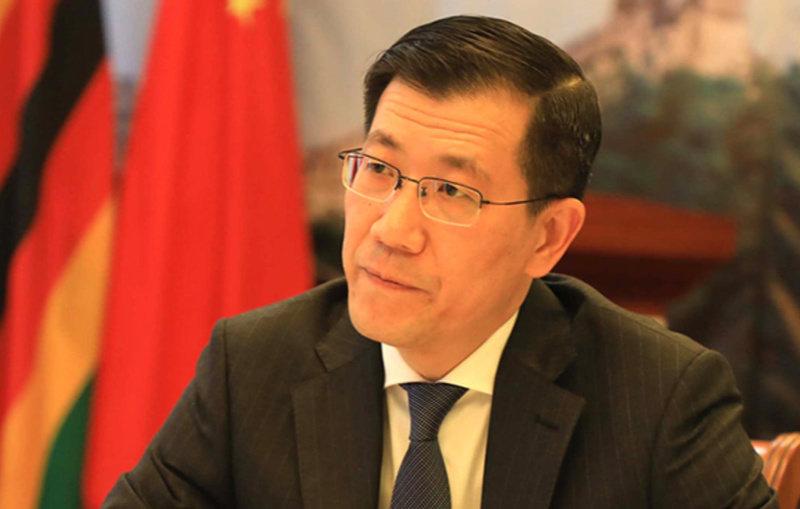 He was addressing the inaugural Zimbabwe Annual Investor Forum hosted by the Zimbabwe Independent and PiggyBankAdvisor in Harare.

SYDNEY KAWADZA THE so-called “Chinese debt trap” is a lie made up by some Western countries and politicians to deflect responsibility and blame, Chinese Ambassador to Zimbabwe Guo Shaochun said this week.

He was addressing the inaugural Zimbabwe Annual Investor Forum hosted by the Zimbabwe Independent and PiggyBankAdvisor in Harare.

Guo said China has been in cooperation with Zimbabwe focusing on the real and urgent needs of the country.

He said trade between Zimbabwe and China increased by close to 60% in the first half of 2022 on the back of increased economic and political cooperation between the two countries. Guo reiterated that the Asian giant never decides on projects implemented in the country.

“During the first half of this year, the bilateral trade volume reached US$973 million, an increase of 57%, of which China imported US$504 million from Zimbabwe and exported US$469 million to Zimbabwe, up 103% and 26%, respectively.

“In view of the global economic disruption caused by the Covid-19 pandemic, this is a great achievement which is significant to maintain Zimbabwe’s economic vitality,” Guo said.

He noted that grants and financial support by China follow the principles of openness and transparency while every project is premised on transparent values.

“It’s always easy to find out where the funds are used and what benefits are generated. This is the best transparency. In its cooperation with Africa, China stays committed to the principles of equality and mutual benefits while respecting the independent choices of African countries,” Guo said.

“Not a single African country slid into domestic political unrest or economic distress because of its cooperation with China.”

“The financial support for Africa should adhere to the nature of assistance and not only to seek commercial returns,” Guo said.

They are also lower than the interest rates (of 4-10%) on the 10-year government bonds, according to the numbers disclosed by the African Development Bank.

“Besides, the sovereign loans provided by China come with a fixed interest rate, while Western commercial creditors usually apply fluctuating interest rates. As the US dollar enters its rate hike cycle, the debtor countries are facing growing pressure on repayment.

“To put it simply, the so-called ‘Chinese debt trap’ is a lie made up by some Western countries and politicians to deflect responsibility and blame,” Guo added.

He reiterated that the Chinese government required its enterprises to abide by the laws and policies of host countries, protect the environment, respect labour rights, take their social responsibilities and accept supervision of the Zimbabwean authorities and public scrutiny.

“We firmly support the Zimbabwean government in continuously refining the regulatory framework to enhance the supervision on all foreign investments and create a more favourable investment climate,” Guo said.

“China values trilateral cooperation in Africa. For example, nearly two million Zimbabweans, especially women and children, were given access to medical and health care services under a joint initiative between China and Unicef that the Chinese government sponsors through its South-South Cooperation Assistance Fund.

“China welcomes more countries to become sincere development partners of Zimbabwe, but we are firmly opposed to any practice that meddles in Zimbabwe’s internal affairs and tramples on Zimbabwe’s sovereignty in the name of ‘assistance’, forcing Zimbabwe to accept unequal cooperation by sanctions or other coercive measures,” Guo said.

China has been helping Zimbabwe improve its infrastructure including the National Pharmaceutical Warehouse, the 1 000 Borehole Project, the New Parliament Building, donation of 12 million doses of Covid-19 vaccines, the High-Performance Computing Centre and Chinese Medical Team implemented with China aid.