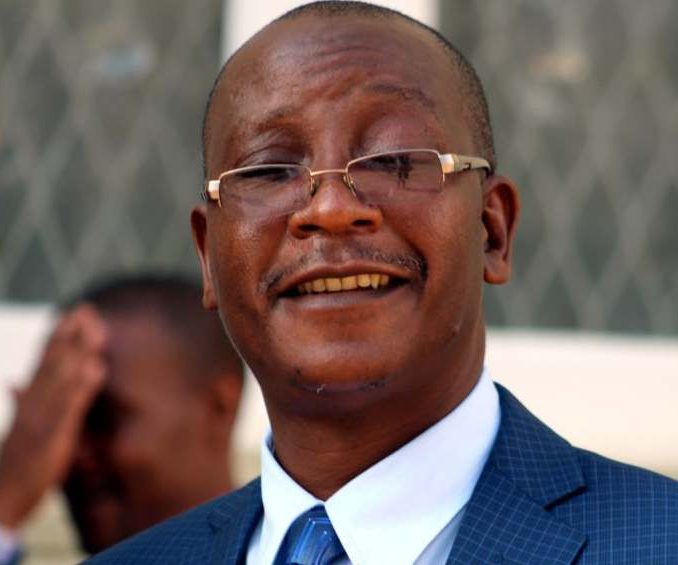 The government holds a 52% stake in the coal mining entity, whose debt obligations stood at US$333 million owed to various creditors as at December 31 2016.

SYDNEY KAWADZA JUSTICE, Legal and Parliamentary Affairs minister Ziyambi Ziyambi has defied the Supreme Court by appointing Munashe Shava as the administrator for Hwange Colliery Company Limited (HCCL) despite the Court recently dismissing his appeal seeking approval to impose a Reconstruction Order on the coal miner.

The government holds a 52% stake in the coal mining entity, whose debt obligations stood at US$333 million owed to various creditors as at December 31 2016.

Ziyambi’s appeal at the Supreme Court was dismissed with costs but the minister on August 10 2022 issued a General Notice in an Extraordinary Government Gazette announcing the appointment of Shava and Mutsa Mollie Jean Remba as assistant administrator.

Shava is the chief operations officer at the Great Dyke Investments (Pvt) Limited while Remba is a partner at Dube, Manikai and Hwacha legal practitioners in Harare.

Ziyambi also issued a Notice of Intention for Application of Confirmation of the Reconstruction Order at the HCCL with the intention of making an application to the High Court, in chambers, seeking an order affirming the reconstruction order he issued on August 5 this year.

Under the General Notice 1794A of 2022 on the Reconstruction Order of HCCL Reconstruction, Ziyambi announced Shava and Remba’s appointments directing that HCCL be under the control and management of the administrator from the date of the publication of the gazette.

Besides the Supreme Court judgement, under reference number SC67/22, Ziyambi had initially filed an application at the High Court on February 12 2020, seeking confirmation of the Reconstruction Order.

The High Court dismissed Ziyambi’s application with costs, prompting him to appeal to the Supreme Court.

The impact of the Reconstruction Order, which was announced in an Extraordinary Gazette on October 31 2018, resulted in the dissolution of the enterprise’s board.

Following the announcement of the Reconstruction Order four years ago, Ziyambi appointed Bekithemba Moyo as the company’s administrator, whose responsibility was to ostensibly steer the loss-making coal miner back to profitability under the reconstruction exercise.

Relating to the latest Supreme Court ruling handed down by Deputy Chief Justice Elizabeth Gwaunza, she struck off the roll, Ziyambi’s appeal with costs, highlighting that the minister acted “contrary” to the relevant statute when he placed the company under reconstruction.

“The order which the minister issued 17 months into the scheme of arrangement no doubt violates Section 2 (a) of the Act. It is trite that an order which is issued in direct violation of the law stands on no leg. It is a nullity.

In passing the judgement, the Supreme Court judges emphasised that Ziyambi’s appeal application was bound to crumble “on the basis that the foundation upon which it is predicated does not exist. The court, in other words, cannot confirm a nothing”.

Ziyambi, who is cited as the appellant, was represented by Thembinkosi Magwaliba while the respondents, Juliana Muswe, Ntombizodwa Masuku, Edward Tome and Messina Investments were represented by Thabani Mpofu.

Muswe, Masuku and Tome are board members of the embattled company. Businessman Nicholas van Hoogstraten is also one of HCCL’s major shareholders through Messina Investments.

Andrew Lawson, a chartered accountant, was the scheme chairperson and a trustee appointed by creditors to represent their  interests, is cited as the fourth respondent in the court case.

Prior to Ziyambi’s moves to impose a Reconstruction Order on HCCL, the company’s shareholders and creditors had agreed on a Scheme of Arrangement whose sole purpose was to raise fresh capital, restructure management and rescheduling and settling debt. The scheme was led by Lawson.

As part of the court case proceedings, culminating in the judgement, the judges weighed that Ziyambi’s submission premised on the view that placing HCCL under reconstruction would save the company from total collapse.

“The scheme had failed to turn around the fortunes of Hwange due to mismanagement for which the directors were ultimately responsible. He was impelled by the exigencies of the situation to act with speed to protect the public investment and a national strategic asset.

“Being the largest shareholder and creditor, the government of Zimbabwe could not countenance the delays associated with the legal process for the dissolution of the scheme that was specified in the trust deed to which it was a party,” Ziyambi’s legal counsel had argued.

But, the respondents countered Ziyambi’s averments, noting that the decision to place HCCL under reconstruction was illegal and meant to dismantle the company’s board, hence prejudicing its shareholders.

“The respondents took several preliminary points against the confirmation of the Reconstruction Order. The directors and the fifth respondent contended that Part II of the Act violated the provisions of Section 56(1) (the equality and right to equal protection clause), 68(1) (the right to administrative justice clause), 69(1) (right to a fair hearing before an independent and impartial tribunal clause) and 71(1) (the right to the protection of private property) of the Constitution of Zimbabwe.

“They contended that the power reposed in the government of Zimbabwe by the impugned provisions to act as both a prosecutor and a judge in its own cause and to unilaterally circumvent the audi alteram partem rule was inconsistent with these constitutional provisions. They further contended that the application did not disclose a cause of action in the face of an extant court order sanctioning the scheme,” reads the judgement.

The aggrieved respondents, who opposed Ziyambi’s plans to place HCCL under judicial management, underscored that the minister was abusing his authority by passing orders which only favoured a single shareholder being government. After assessing the submissions by the contending parties, the Supreme Court Justices dismissed Ziyambi’s application, citing that it lacked merit.

At its prime, HCCL used to consistently supply coal to the Zimbabwe Power Company (ZPC) for the generation of 400MW of electricity and to commerce, industry and agriculture.