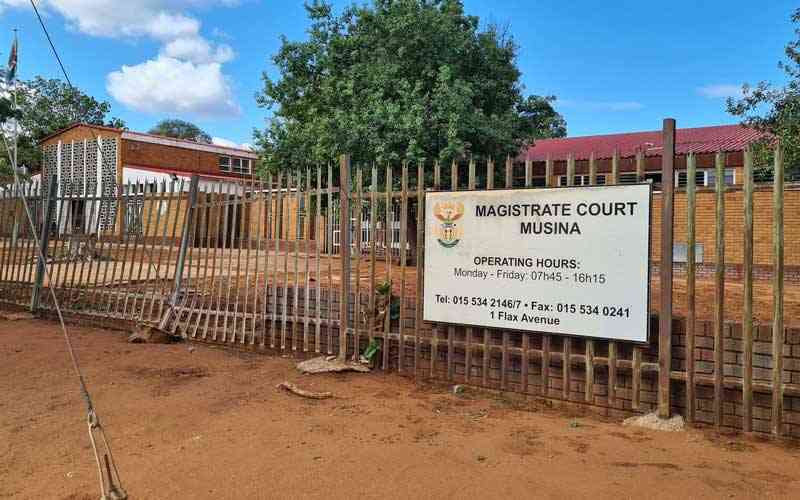 TWO suspects aged 33 and 40 years are expected to appear at the Musina Magistrates Court in South Africa after they were allegedly found in possession of 400 kilogrammes of commercial explosives on the South African side of the Beitbridge Border Post on Friday last week.

South African Police Services (Saps) spokesperson for Limpopo province Colonel Malesela Ledwaba did not give the value of the explosives believed to be of Zambian origin.

“The suspects were arrested at about 0050 hours as they crossed into South Africa from Zimbabwe.  This was after their truck with two trailers was stopped and upon searching it, police together with [South African Revenue Service] SARS custom officials discovered 16x25kg bags containing commercial explosives hidden inside the two trailers,” Ledwaba said.

He said the Saps Musina Explosives Unit attended the scene and 17 reels of detonating fuse, 1 250 units of connector capped fuse and 2 569x28mmx270mm units blasting cartridge explosives superpower 90 made in Zambia were confiscated.

“The male driver and a female passenger were arrested on the spot and the truck was confiscated,” he said.

The contraband passed through the Zimbabwean side of the border only to be intercepted on the South African side despite Zimbabwe boasting sophisticated scanning technology.

In January, July and September, different people were arrested on the South African side of the border in possession of large quantities of explosives after passing through the Zimbabwean side.

Meanwhile, two Zimbabweans aged 32 and 43 are expected to appear at the Musina Magistrates Court after they were found in possession of a pangolin and an elephant tusk worth R1 million at the Beitbridge Border Post.

“The suspects were arrested on Friday 18 November 2022,” Ledwaba said.

“The suspects were arrested following a sting joint operation by Saps members comprising the Crime Intelligence Unit, Stock Theft and Endangered Species Unit, Beitbridge Task Team joined by members of South African National Defence Forces and Wildlife Centre after information was received about individuals in possession of protected species who had just crossed into South Africa from Zimbabwe using a boat.”

The pair was apprehended around 1200 hours along the western borderline.

Scores of cross-border criminals travel between the two countries daily.

Zimbabwe and South Africa have stepped up border patrols, while officials in the two countries are reportedly accomplices in the rising cross-border crimes.