News in depth: Avalanche of litigation over unfinished Airport Road 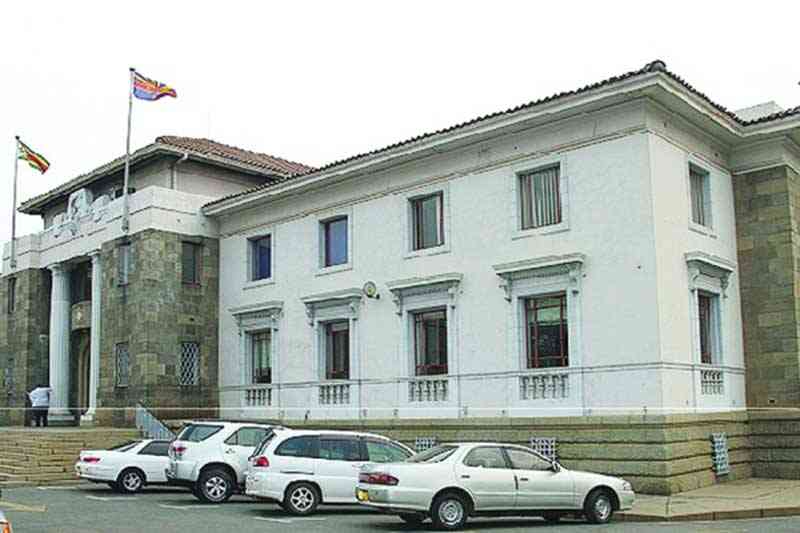 OVER a dozen applications challenging the transfer of vast tracts of land in a prime Harare residential area to a company behind the construction of Airport Road despite the project being incomplete have flooded the courts.

Harare City Council transferred 273 299 hectares of land in Borrowdale’s Pomona area to Augur Investments, which is owned by businessman Ken Sharpe for the construction of the road that was supposed to connect the Robert Mugabe International Airport to Harare’s central business district.

Only a small fraction of the road was constructed before the government cancelled the Augur contract due to non-performance, but the land had already been parcelled out to the firm.

This publication has in recent weeks published a series of stories based on court cases, which detailed disputes between Sharpe’s companies over the land and legal challenges against a deed of settlement signed between the Local Government ministry, Augur and council that appeared to give the land developer and his associates a form of immunity against prosecution over the deal.

In one of the court applications awaiting judgement, Fairclot, which is trading as T&C Construction and was subcontracted by Augur Investments, said it had identified several shelf companies that it believes are linked to Sharpe and that were used to hide the land under dispute.

Fairclot says authorities were not supposed to transfer the land to Augur because it was held as security pending payment as part of the contract for construction of Airport Road.

The original title deeds for the land known as stand number 654 Pomona measuring 273 299 hectares is still held in escrow by Fairclot’s lawyers  Coghlan, Welsh and Guest, who have refused to release them until Augur settled its debt with its clients.

West Properties, one of the companies owned by Sharpe, last week came out guns blazing against The Standard and accused the paper of publishing “factual inaccuracies and incorrect information.”

“The article contains falsehoods in stating that our CEO Mr Sharpe siphoned land from the Harare City Council through various entities,” read a letter of demand from West Properties in response to the story headlined “How Harare lost vast tracts of prime land for incomplete Airport Road.”

“However, the allegation is untrue as Mr Sharpe neither owns the entities and the land, which is held by such entities.

“The article misleads members of the public into thinking that there is active litigation against Mr Sharpe over the Airport Road deal of which there is none.”

Correspondence between some litigants, including Fairclot and court records obtained by The Standard, however, proved that there is active litigation against Augur Investments and shelf companies that are allegedly linked to Sharpe’s firm over the Pomona land.

Fairclot alone has over six active court cases against Augur over the Pomona land.

The firm is represented in the cases by Mutumbwa Mugabe and Partners as well as Tendai Biti.

The lawyers also represent land developer George Katsimberis in another case challenging the deed of settlement that gave Augur the right to the property.

Fairclot had managed to attach the property over the US$5 million debt owed by Augur after winning an arbitral award, which Augur failed to overturn at both the High Court and Supreme Court.

Local Government minister July Moyo also tried to recover the title deed for the property from the lawyers after the signing of the deed of settlement without success as shown by one of the correspondences in our possession.

“Please be advised that Augur Investments OU (Augur) and Fairclot Investments (Private) Limited, trading as T&C Construction signed an agreement on the 25th of March 2013 wherein, we were appointed escrow agents with the duty to hold the title deed in issue in trust,” part of the letter to George Magosvongwe, then permanent secretary in the Local Government ministry by T.A  Chiurayi from Coghlan, Welsh and Guest dated July 7, 2019 reads.

“We are, therefore, unable to release the title deeds to you without the consent of both Augur and T & C.

“Please find attached a letter from T&C lawyers objecting to the release of the title deed to you.

“That noted we regret to advise that we are unable to comply with your request as contained in your letter dated the 5th instant.”

This was after Magosvongwe wrote to Coghlan, Welsh and Guest demanding that they release the title deed following the signing of the deed of settlement.

In another letter to Moyo, Mutumbwa Mugabe and Partners wrote: “Honourable minister there is, therefore, more than ample justification for you to decline to comply with Clause 3 of the consent. It was certainly given in error.

“There are no grounds for you to order Coghlan Welsh & Guest to release the security they are holding on behalf of our client.”

Augur claimed that it had settled the outstanding debt with interest to Fairclot using the one to one rate to the United States dollar, in line with SI33 of 2019.

The case in which Fairclot is challenging this is still active in court.

Fairclot is also challenging the decision by the deputy Sherriff of the High Court, Mcduff Madega for transferring the Pomona property “without following proper procedures.”

Fairclot wanted Augur to pay the US$5 million using the existing bank rate.

There are also summons under case 4599/19 which seeks an order to declare stand 654 Pomona and the 17 others executable.

Case 3828/22 seeks to interdict the sale of Pomona and stands among the many cases filed by Fairclot.

Biti is also challenging the deed of settlement and transfer of 654 Pomona to Doorex Properties.

Augur was controversially awarded the contract on May 30, 2008, without going to tender.

The company was supposed to construct the Airport Road with an understanding that 90% of the costs would be paid in the form of land and 10% in cash.

Augur went on to subcontract Fairclot, which withdrew all its equipment and stopped work on the road after doing 2.7km of the 10km due to non-payment.