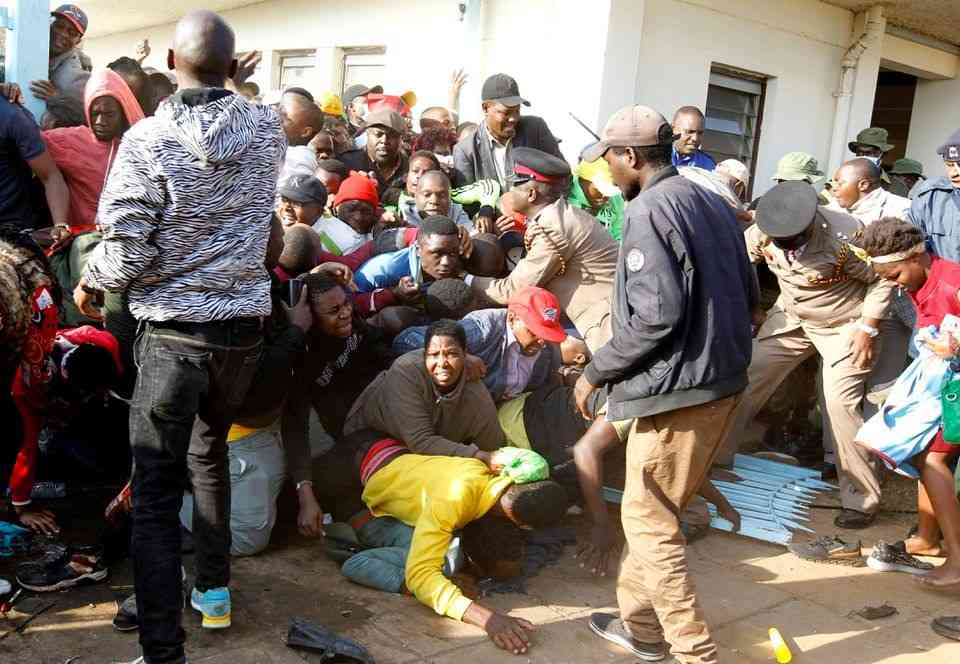 People fall into a stampede

Several people were injured on Tuesday in a crush at the gate of the stadium in Kenya's capital where Deputy President William Ruto will be sworn in as president, medical officials said.

Video broadcast on Kenyan television showed people being tended to by medics after being injured in the crush outside Nairobi's 60,000-seat Kasarani Sports Centre.

Mama Lucy hospital received several patients injured in the crush, said Joseph Mbithi from the emergency unit, adding that they were all in stable condition.

A dispatcher for St John's Ambulance service said that ambulances had taken several wounded people to at least three hospitals but that he did not have more details.

The stadium was packed by 5 a.m. with Ruto's supporters. The National Police Service said in a tweet that the stadium was full and asked that no one else try to come.