Opportunities of the Russia/Ukraine war 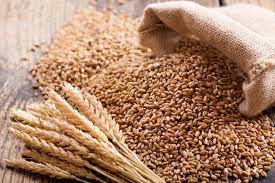 Whilst Russia and Ukraine are at the war front, Zimbabwe has unwillingly found herself at the rear of a war that has nothing to do with her. Zimbabwe has become collateral damage from the war particularly in wheat production and supply.

Kudakwashe Gwabanayi THE Russia/Ukraine conflict has taken the world by storm. Every news channel is focused on what is happening in Kyiv, the capital of Ukraine. It is like the Covid-19 era is over and nothing else is important.

Whilst Russia and Ukraine are at the war front, Zimbabwe has unwillingly found herself at the rear of a war that has nothing to do with her. Zimbabwe has become collateral damage from the war particularly in wheat production and supply.

Zimbabwe imports 55% of its wheat from Russia. It also imports fertiliser from Ukraine.

However, while there are several options for fertilisers, the same cannot be said about wheat. Russian wheat is nutritious and is largely used to make bread. It is cheap in Russia due to mass production.

Unfortunately, Zimbabwe has to revive its wheat farming practices that it abandoned at the peak of the land reform programme.

Because wheat requires heavy machinery to produce it, very few of the resettled farmers have been able to pursue its production.

Art of war Whilst the Russian ambassador to Zimbabwe and Malawi, Nikolai Krasilnikov recently told the Zimbabwe Independent that there were mitigatory measures in place to minimise effects of the war, the reality is that there are no guarantees during wartime.

The ship that brings wheat to Zimbabwe may be bombed. Not only that, the Vladimir Putin administration has to be on its toes, focussing on the war at hand instead of worrying of starving Zimbabweans.

In addition, they need to store some of their wheat because since they are at war, they may not be able to plant in the next season.

The battle front may have changed for Russia since Ukraine has been retaliating and developing news have shown that it is not going to be a white wash as had been  previously anticipated.

The Zinwa effect The war situation in Russia and Ukraine has aroused debate about the availability and accessibility of wheat from the European giant. Further debate has been that Zimbabwe as a country must start producing its wheat as it used to do.

Unfortunately, for us to be able to produce wheat again we need to interrogate why most farmers stopped producing it in the first place and plan on how we can mitigate the previous impediments.

Whilst the land reform was the main factor in suffocating wheat production, the Zimbabwe National Water Authority (Zinwa) gave the death blow.

Wheat requires a lot of water for its production and Zinwa has developed an interest in wheat daily operation.

Currently per hectare of wheat Zinwa is using an estimated charge of 7,5 megalitres, which farmers have complained to be exorbitant and usurious.

Lands, Agriculture, Fisheries, Water, and Rural Development minister Anxious Masuka last year intervened after a consortium of farmers raised concern that Zinwa was not using any billing system to come up with its bills.

Masuka then gave Zinwa an ultimatum to rectify its billing system.

Unfortunately there has never been a follow up on the matter because many farmers have shunned wheat farming because they believe that Zinwa is stifling their development and growth because of its monstrous bills. In 2014 some farmers were made to shut down their irrigation systems by Zinwa after failing to settle their bills and they ran into losses.

The argument has always been that Zinwa is not making a constant track on other crops like tobacco, maize or even those in horticulture.

It has become a hanger-on on wheat production.

Wheat requires large water bodies and Zinwa is, in terms of the Water Act of 1976 amended in 1998,the mandated authority over all water bodies to generate resources for operations and maintenance of infrastructure. Until this matter is resolved, very few farmers will be interested in wheat production because the water charges are too high. A farmer would rather plant anything else, or in the worst instance destroy the dam.

There are several contract farming facilities for wheat, some of which include the government but as long as the Zinwa elephant is in the room, very little progress is going to be made.

Hard target? Apparently Zimbabwe can actually produce its own wheat once the aforementioned impediment has been dealt with. Prior to the year 2000, Zimbabwe produced 320 000 metric tonnes of wheat.

This was the last highest produce the country recorded. Whilst there has been a consistent rise in production, since 2008 it has been averaging 150 000 metric tonnes annually against national requirements of 450 000 tonnes a year, according to data from the state Grain Marketing Board (GMB).

Imports have been covering the gap.

With developing technologies and infrastructure, Zimbabwe should be producing enough wheat for its consumption. In fact Zimbabwe should be having an excess to export to other countries because we have all the resources at our disposal.

The water is in abundance. Land is underutilised.

The only other limiting factor as earlier mentioned is lack of machinery because when one needs to go commercial with wheat, you require a combine harvester to harvest the crop. You also need a vicon spray to broadcast the fertiliser and seed.

But these are capital funding fundamentals that can be easily dealt with by lines of credit. So while the fight continues in Ukraine, farmers in Zimbabwe should take the opportunities to deal with their issues and start producing what they have been importing, especially wheat.