What Zim needs to whisper into SA’s ears 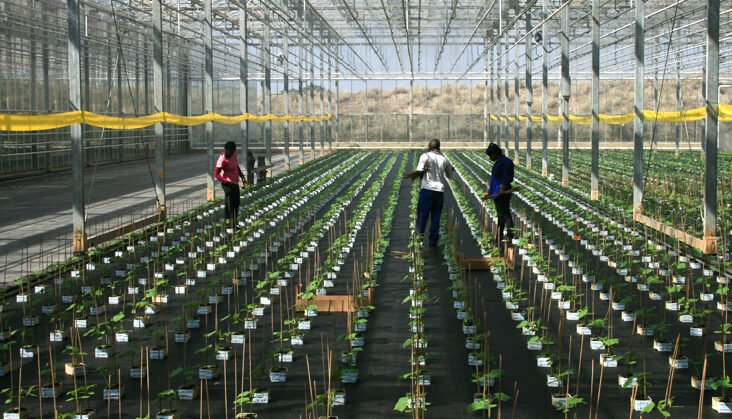 Most of the South Africans were streamlined into lucrative mining companies that wasted their youthful years in gold mines only to wake up on retirement with nowhere to go except their parents’ tree and mud houses built on infertile land.

Kudakwashe Gwabanayi THIS week marked a historical moment for Africa as one of its powerhouse unofficially marked what it termed “Land Day”.

Yes, the land question is getting heavier by each day in South Africa.

In Zimbabwe, the question has been should the country involve itself in the land reform process of its southern neighbour?

Opposition leader Julius Malema of the Economic Freedom Fighters (EFF) has found a message resonating with the masses. He is demanding land reform.

It was later changed to 13% through the 1936 Native Trust and Land Act of South Africa. This did not help the situation.

Over the years, South Africans have been unsuccessfully trying to get land from the whites through constitutional means.

It seems they are growing impatient.

72% of the land in South Africa is still in the hands of the minority white farmers while the black majority are squeezed on 4%.

The SA government is subtly redistributing land, but at a snail pace which is unnoticeable.

This has left the land appropriation seemingly unresolved as a ticking time bomb.

Soon it will explode.

Whilst the black majority managed to free itself from the shackles of apartheid, land remains in the hands of a minority.

Most of the South Africans were streamlined into lucrative mining companies that wasted their youthful years in gold mines only to wake up on retirement with nowhere to go except their parents’ tree and mud houses built on infertile land.

But today’s youth in South Africa have become more conscious about land.

However, history from as early as the Biblical times of Moses and the Israelites has taught us that when it comes to land appropriation, human beings can be violent with devastating implications.

At times people default into self-destruction mode as they fight for their land.

Fortunately or unfortunately depending on where you stand, Zimbabwe has had its land redistribution exercise which came with its fair share of problems.

So to answer the question of whether Zimbabwe should involve itself in SA matters, the answer is yes.

The earlier the better.

Zimbabwe ignored the land reform for about 20 years, and when it eventually happened, it was a premature baby — no one was ready for it.

The main reason why the people of Zimbabwe waged a war with the Rhodesian government was to have productive land.

However, at independence in 1980, the black majority government of Robert Mugabe ignored the land issue.

It was only in the year 2000 that the war veterans grabbed the farms.

But it was too late.

The war veterans had violently chased away commercial farmers. The effects of these actions linger on today.

It reflects a comatose economy and deteriorating living conditions.

Immigration An estimated three million Zimbabweans are said to be living in South Africa.

The number cannot be ascertained because most of the immigrants are illegal.

Most of these people do not have proper documentation and have assimilated in the vibrant agriculture system of South Africa.

If the black people’s land repossession threats are to materialise, experience from the Zimbabwe situation has shown that agriculture production will go down.

Most Zimbabweans working in South African grapes, oranges and many other farms will be left jobless.

They will be forced to flock back home.

This will increase the burden for the government, which is already struggling to feed its citizens.

What Zimbabwe needs to do is to advise South Africa that land repossession must not be absolute.

White commercial farmers must be left with adequate land so that the agriculture food chain is not disturbed.

Proper land redistribution In addition, Zimbabwe needs to advise its neighbour that not everyone is a farmer.

Priority of land must be given to those who have agriculture qualifications, or have at least shown potential to farm.

The obtaining situation where people who cannot practice subsistence farming — despite having all resources — must be avoided at all costs.

The Zimbabwe government is currently trying to conduct a land audit so that it can give land to the “deserving farmers” but it seems the audit has stumbled upon huge political blocks.

In the same manner, South Africa needs to be reminded to do it right the first time.

Land must not be distributed on partisan, tribal and gender lines.

It must not also be distributed on patronage and race.

Land is a birth right, it must be distributed equally to all citizens.

Conclusion As the situation in the rainbow nation gets tense, Zimbabwe must be concerned, especially considering that 80% of its products are imported from South Africa.

Zimbabwe gets cooking oil, onions, tomatoes and other farm produce from South Africa.

Any disturbances down South will affect Harare.

It is against this background that Zimbabwe cannot afford to fold its hands as the situation gets out of hand in South Africa. As a neighbour, Zimbabwe has influence on how the situation can be handled better.