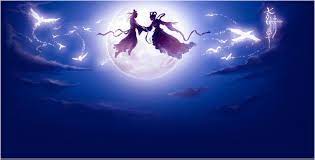 In China, all traditional festivals are narrated as fairy tales and everybody knows the romantic story of Qixi. In the Han Dynasty, about 2000 years ago, there was a poor orphaned herdsman, Niu Lang, and the “weaving” fairy (Zhi Nyu in Chinese), the youngest daughter of the Jade emperor of Heaven (god in Chinese myth).

Shanel Liu ONE day I was approached by a local friend who asked me what interesting traditions are followed by the Chinese that many Zimbabweans might not know of. What immediately popped into my mind were the various festivals we celebrate as a nation. As such, this article looks at one celebration that falls within the month of August. It is known as the Qixi Festival and it is celebrated on the seventh day of the seventh lunar months — this year is was on August 4.

In China, all traditional festivals are narrated as fairy tales and everybody knows the romantic story of Qixi. In the Han Dynasty, about 2000 years ago, there was a poor orphaned herdsman, Niu Lang, and the “weaving” fairy (Zhi Nyu in Chinese), the youngest daughter of the Jade emperor of Heaven (god in Chinese myth).

One day, whilst she was bathing in a river, Niu Lang came across her and they fell in love, angering the Jade Emperor. The Emperor forces Zhi Nyu to come back home and as she arrives; the Jade Emperor separates the realm of heavens and Earth with a silver river in the sky, symbolising the Milky Way.

After much sadness from being apart from her love, the Emperor agrees to allow the lovers to meet one day every year, on the seventh day of the seventh lunar month.

The magpies voluntarily helped make this happen. They would fly Niu Lang upwards to the Silver River and make a bridge for the couple to meet. It is said that on this day it is hard to find magpies because they are all busy making the bridge.

Through this, the Qixi Festival came to be. Since then, Qixi is not only a special day for lovers, but also for teenage girls. It is also known as the “Daughters’ Festival”. For thousands of years, girls would hold a ceremony to beg the Zhi Nyu fairy for wisdom and a beautiful future marriage.

This festival has been commercialised in modern China, with domestic consumption increasing every year as the Qixi Festival approaches. The younger generation considers this festival as important as St Valentine’s Day on the February 14.

The only difference is that the festival is a home-grown day for lovers. As such, the Qixi Festival is also called “the Chinese Valentine’s Day”.

The modern celebration of this festival has been influenced by the Western Valentine’s Day traditions. Couples often celebrate in the most romantic ways — roses, chocolates, jewellery and handbags are some of the preferred gifts.

Data provided by Chinese domestic online shopping mall (Tmall.com) shows that the day before the Qixi Festival in 2018, over 120 000 handbags were sold online within 24 hours.

In 2021, even though under the hardship of Covid-19, Qunming city broke a record high by selling 9,3 million roses a day before the festival, jewellery brands witnessed their sales rocket as the festival neared, some as high as five-fold the sales on normal days.

For many Chinese residing out of China for work or study, it is hard being miles away from their loves ones, but there are other ways one can express their love. A common practice is sending electronic money — “red pocket”— through WeChat to family and friends.

WeChat is a mobile application similar to Facebook, WhatsApp and EcoCash combined. It functions as a messaging platform with photo-sharing facilities, although where one can book a taxi, have food delivered, unlock a community bicycle, read the news, play games, pay for groceries, all on the same application.

The “red pocket” is done through the payment system — the e-wallet on ones WeChat account. It is linked to one’s bank account and funds are kept in an escrow service whilst people can send or receive cash almost instantaneously.

The best amount to send is 520 yuan (US$77), because the pronunciation of the numbers sounds just like “I love you”.

Should one choose to send an undisclosed red pocket, it is then a surprise to the recipient. A group of friends or family members can form a group chat and besides having conversations, they can mass-send red pockets in the group chat and have so much fun opening it.

So, whatever the choice of gift or how one chooses to express their love, this day is all about cherishing the people in our lives, because of the special place they have in our hearts.