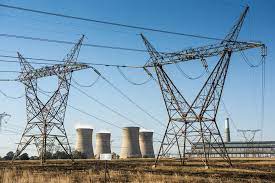 WHEN confronted with a consistently underperforming and depreciating currency, it is imperative to review the balance of payment position, which looks at imports and exports and the resultant difference. A fiat/paper currency, as opposed to a Gold Standard backed by gold, means its impacted by various factors including inflation, interest rates, investor confidence and the […]

WHEN confronted with a consistently underperforming and depreciating currency, it is imperative to review the balance of payment position, which looks at imports and exports and the resultant difference.

A fiat/paper currency, as opposed to a Gold Standard backed by gold, means its impacted by various factors including inflation, interest rates, investor confidence and the level of imports compared to exports, which is the subject of this write up and ways to stabilise the currency through Import Substitution Industrialisation (ISI) in the Zimbabwean context.

ISI is an inward looking strategy aimed at self-reliance through developing local industrial capacity leading to reduced imports and requirements for foreign currency.

Zimbabwe’s economy is built on mining and agriculture and there is a need to increase investment in those key areas to reduce relying on imports.

An effective import substitution industrialisation strategy firstly should assess what is being imported and the required investment to replace imports with locally produced items. Zimbabwe imports goods worth US$7,6 billion and exports US$6 billion worth, showing a deficit of US$1,6 billion for the 2021 financial year.

The main imports are fuels, electricity, machinery, food and medicines. The composition of the import bill indicates that ISI could be effectively implemented within the short-to-medium term.

This is possible considering that energy and food make up a significant portion of imports at more than 30% of the import bill.

The oil and gas prospecting Mukuyu-1 oil well, Muzarabani, in the Zambezi valley in the medium term can significantly reduce the energy import bill and possibly turn Zimbabwe into an energy exporter.

A clear strategy is required rather than a make as we go on the road policy, which lacks general fit into the overall game plan of being self-reliant in all aspects in the long run.

An ISI strategy has three main participants which are the government, state-owned enterprises and private players. The government’s main role is to direct policy and create conducive conditions for ISI to succeed.

ISI is based on the government making the policy decision in that direction then backing it up with the required rules and regulations and interventions, such as tariffs, taxes and subsidies targeted at the areas.

There is Bikita Lithium and Arcadia Lithium, which uniquely position Zimbabwe as a significant supplier of lithium. However, this opportunity needs to be converted beyond simple provision of raw lithium for clean batteries and electric cars. We could structure more meaningful and profitable deals to become a central hub for lithium-based batteries and related technology.

Zimbabwe possesses Africa’s largest lithium reserves and should not be just content with raw exports but rather become a significant player in the full value chain of the lithium-based products.

This infrastructure and system was inherited from the UDI era (1965 to 1980). It now requires minor adjustment to suit today’s scenario whereby the country is importing more than it is exporting, resulting in unsustainable pressure on the local currency. The management of these state-owned enterprises needs to be aligned to the ISI and remove inefficiency and the corruption tag and perception.

Zimbabwe can take a leaf from the Chinese who have managed to use state-owned firms to spur import substitution and effectively convert it into an export-led growth strategy.

Private sector projects such as the Mashava Iron and Steel Smelting Company with capacity of 500 000 tonnes of chrome annually are such clear examples of building local capacity with the need to do  further value addition to avoid exporting raw chrome but importing chrome-based products.

Projects such as the Manhize Iron Steel Plant in Chirumanzu District points in the right direction as Zimbabwe seeks to revive its steel industry, which is the backbone for any serious industrialisation and value addition effort.

The plant with potential to produce more than two million tonnes represents one key project which can anchor other related industries and reduce the import bill whilst boosting exports.

Zimbabwe has been importing electricity for the last few years due to reduced generation and increased demand. Increased electricity usage shows a growing economy and needs to be managed well to remove avoidable bottlenecks.

Electricity imports should be a short-term concept not a long-term strategy as such this is one clear area whereby ISI can successfully be implemented.

Currently, Zimbabwe is importing electricity from neighbouring countries resulting in foreign currency requirements, which could be avoided.

The electricity and energy sector represents a low hanging fruit which could easily be turned into a huge foreign currency earner with the right effort, political will and investment.

Any effective ISI requires reliable and well-priced electricity and energy. Whilst there are some efforts to build greater electricity generating capacity there is more emphasis that is required to make Zimbabwe a net exporter of energy not an importer.

Importing items which can be grown or made locally indicates lack of a coordinated approach to the overall import bill as various players need to push in one direction and redirect resources from imports into building local capacity to produce the imported products. Any excess electricity has a ready market in the Sadc power pool.

The agricultural sector potential in reducing the import bill needs to be fine-tuned to mirror the success of the tobacco sector where Zimbabwe has reached top producer level within a short period of time. Wheat, maize, chicken and dairy products imports should assist in showing direction on where import substitution is urgently required since the country is well endowed with fertile arable land and significant water sources to support irrigation based production.

The implements, tools and requirements for the agricultural sector are fairly simple and local foundation capacity is there but requires deliberate policy shift to improve both quality and capacity to produce and supply the sector.

A critical sector, such as agriculture cannot rely on imports for its main requirements.

Local capacity and ability needs to be developed and nurtured as the sector has great export potential which can go a long way in reducing imports but instead contribute towards exports to generate foreign currency and help stabilise the local currency.

The investment in irrigation-driven agriculture will ensure that agricultural production is weather-proofed as current farming seasons are too dependent on rain fall seasons, which have become erratic hence the need to increase electricity generation which is a key driver in any irrigation based agricultural sector.

A solid agricultural sector would then anchor production through value-addition of primary commodities, which need further beneficiation to improve export earnings and narrow the current balance of payment position deficit of US$1.6 billion.

Muponda is an investment banker, economist and entrepreneur. He holds a B.Comm (Finance) and an MBA. He is a PhD candidate — gilbertmuponda@gmail.com
Share this article on social